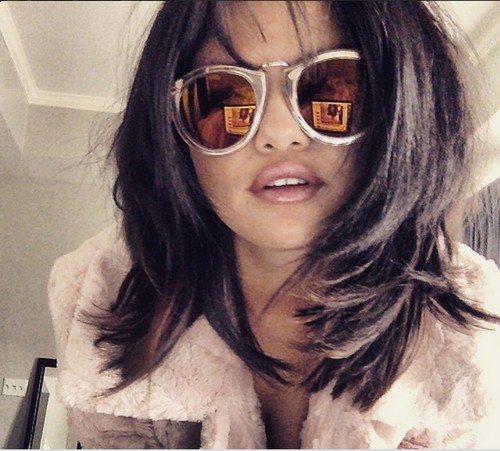 Justin, still trying to leave a window of opportunity open for a reunion with ex-girlfriend Selena Gomez, has been denying that he and Hailey are anything more than friends. Over the holidays, Justin and Hailey became quite close, even vacationing together with Hailey’s friends and family. Justin became cold when they returned from their trip, fearing Hailey was moving too quickly. Shortly after giving the cold shoulder to Hailey, he met with ex-girlfriend Selena Gomez for a private dinner where the two talked for a couple hours. Hailey stayed strong and held off on calling Justin, but if her Twitter feed was any indication, she wasn’t too happy with him and was all too ready to give him up. Justin took notice and the two met up for lunch. Since then, Justin and Hailey have been busy crushing the dreams of all the Jelena fans.

The two attended a Clippers game together on Thursday, followed by a night out after where they were with a group of friends. But most telling were pics of the two in a variety of intimate embraces in their very own private pool party, and it seems the couple is growing even closer! Though the two didn’t mention attending the Clippers game together, they both posted tweets and pics at the game. And while Justin may be telling Hailey that he wants the public to believe they are only friends to protect her, those closest to him know that he is not fully over Selena Gomez, nor is he ready to close that chapter in his life.

Justin still believes that he and Selena are meant to be, and that everything they’ve been through will only make them stronger as a couple. Not everyone agrees with his theory, however, and Selena’s friends and family are trying to make sure she stays strong and doesn’t go running back to the singer. There is one more important person who refuses to see Selena Gomez and Justin Bieber as a couple once again… Selena’s new man, DJ/Producer Zedd. Zedd and Selena have been getting very close lately, making it clear via Instagram that they are heating up despite the fact that Selena betrayed Zedd by meeting with Justin for a private dinner. When Selena went running back to Zedd after the dinner, Justin got the hint and considered giving Hailey another chance because she gave him the space he wanted.

So how long will Justin Bieber pine for Selena Gomez? Will she eventually give in, leaving Zedd broken hearted? How long will Hailey Baldwin settle for second place? Tell us what you think CDLers!