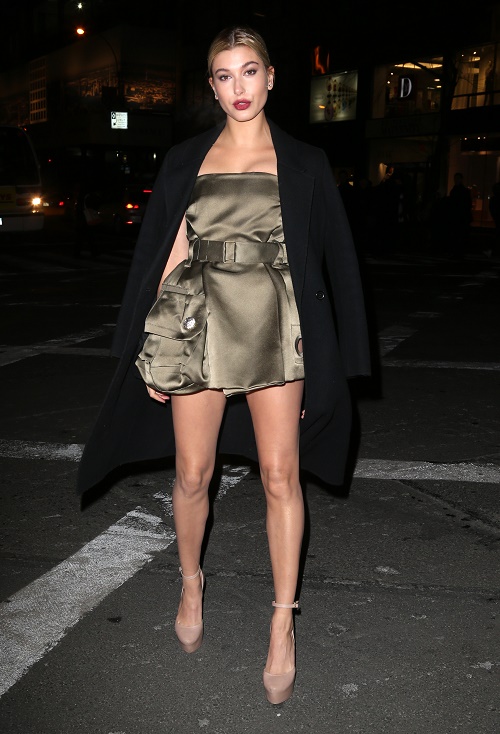 Hailey Baldwin and Justin Bieber’s relationship has always been a puzzling one – it’s obvious that Justin and Hailey have been dating and in a relationship off and on, but Hailey refuses to commit to Biebs and insists they are “just friends.” The problem with being “just friends” with someone is that you can’t get mad when they hook up with Yovanna Ventura right in front of you or jet off to Paris to have a secret rendezvous with ex-girlfriend Selena Gomez.

We seriously have no idea why Hailey Baldwin would even like Justin Bieber, but we totally understand why she wouldn’t be in a relationship with him considering his track record. But it looks like Hailey Baldwin’s “hard to get” strategy has completely backfired, and Biebs is tired of trying to win her over. Now, it appears that Hailey has lost Justin all together – because Selena and Zedd reportedly broke up, and Biebs is making plans to meet up with his former love in Europe.

Hailey Baldwin is devastated – first at Justin’s birthday party he ditched her to hang out with Yovanna Ventura, and now a Jelena reunion is in the works. Hailey’s friends are worried about her, and are afraid that she is going to go down the same dark path that Selena did after Justin cheated on her – the warning signs are all there. An insider close to Hailey’s circle of friends dished to CDL, “Justin leaves a path of destruction wherever he goes – he has a reputation for taking beautiful girls and breaking them. And Hailey’s friends are worried she will suffer the same fate. Since she left Justin’s birthday party early because he was all over Yovanna, she has been a hot mess and partying non-stop. If Justin and Selena do get back together in Paris, it will crush Hailey.”

Hailey Baldwin doesn’t even realize it, but losing Bieber is probably the best thing that ever happened to her. If she is anything like Selena was though – she will probably be photographed by photogs too drunk to walk, drive into parked cars, and then check herself in to rehab because she is “stressed.” Hey, maybe she can go cry on Orlando Bloom’s shoulder – that seems to be part of the “Justin Bieber Grieving Process.”