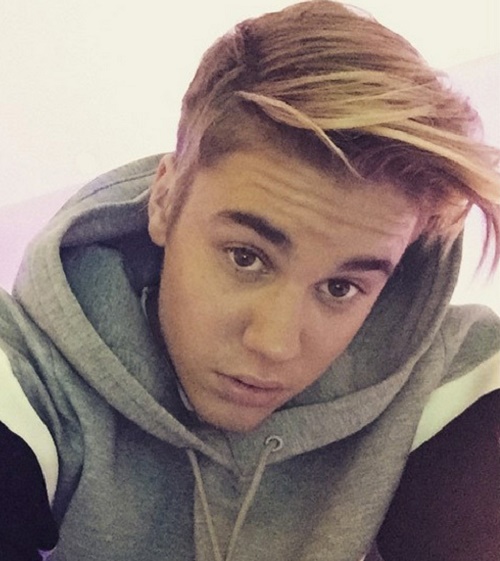 Did Justin Bieber get a new haircut to win back Selena? Justin Bieber wants to get back together with Selena Gomez – and he is prepared to completely reinvent himself to do so. Selena and Biebs have been playing a game of cat and mouse for months now, going back and forth between each other and their respective flings with DJ Zedd and Ariana Grande. But Selena recently posted some super hot bikini pictures on social media flaunting her new curves and Justin realized what he was missing.

Justin Bieber has been rocking some shaggy, not so flattering hair over the course of the last few months. But on April 30 he decided to borrow a page out of Selena’s playbook and posted a photo of himself with a hot new haircut to show his ex-girlfriend what she has been missing. As expected, his millions of crazed followers swooned over his new do, which featured the sides of his head buzzed and the top left long and combed over. But will it make Selena Gomez swoon?

At this point, we’re not sure if Selena and Justin’s campaigns to win each other back on social media are cute…or just plain sad. We all are guilty of posting pictures online to try and make our exes jealous or wish they hadn’t let us go – but Selena and Justin are taking it to an entirely new and shallow level. With the amount of history they have, you would think that by now there would be a little less emphasis on how big their butt has gotten or how hot their new hair cut is.

What do you think of Justin Bieber’s new hair cut, and Selena’s new curves? Will Selena see Justin’s picture and suddenly go running back to him – or is she not that shallow? Let us know what you think in the comments below!