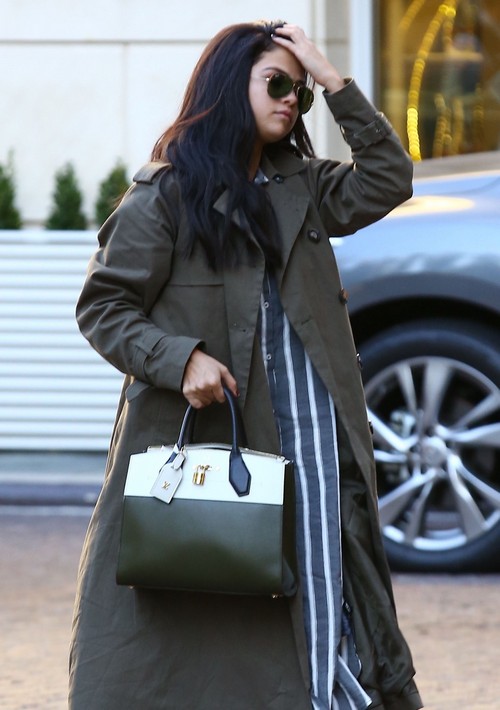 Is Justin Bieber ready to reunite with Selena Gomez and ask SelGo to get married or is all this love talk just a marketing ploy? Has the Biebs been depressed and lonely without the “Good for You” singer? Selena Gomez talked a lot about former boyfriend Justin Bieber in nearly every interview about “Revival,” and now Justin can’t stop talking about Selena.

The Biebs opened up to Ellen DeGeneres on Monday, November 9 saying he is having a tough time letting go of Selena – so many things remind the Biebs of first love SelGo. The “Strong” singer wasn’t specific about the things that remind him of Selena – “I remember when we used to watch this or I remember this smell. It reminds me of that time [with Gomez].”

During the interview Justin appeared a little depressed and kept turning to look at a black-and-white photo of the couple with sadness in his eyes. Justin looked close to tears when Ellen asked him if a reunion with SelGo could happen. Bieber told the talk show host, “I’m sure it could possibly happen.” Justin said that both of them have to “figure out who we are” and if they come back together “we’ll make an awesome duo.”

What does Selena think of all this? This is the second time in a week Justin has hinted at a reunion with SelGo. In each interview Bieber has given it seems as if he wants to say the couple is back together and may even be talking about getting married. Justin Bieber has admitted that he still checks in on Selena Gomez – calling to check on her from time to time.

Justin admitted three songs on the new album “Purpose” were inspired by his relationship with Gomez. Ellen DeGeneres asked which songs specifically and Bieber answered, “What Do You Mean,” Sorry,” and “Mark My Words.” What will happen when Selena Gomez hears that Justin Bieber kinda, sorta, maybe wants to rekindle the romance?

Will there be a press release confirming that the two are back together? And will that be closely followed by an engagement announcement? Or are both singers just drumming up publicity for their new albums by talking endlessly about each other?