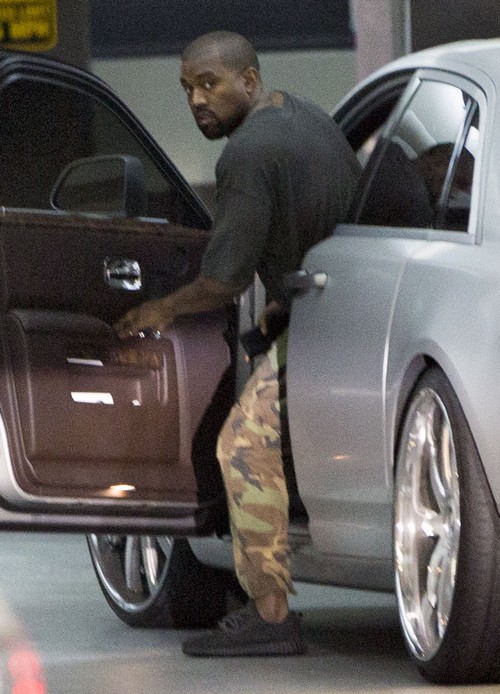 Kanye West is ditching his pregnant wife Kim Kardashian and hitting the road for a summer tour, less than a month after confirming that the couple is expecting their second child. Kanye reportedly has booked a tour that will have him bouncing from country to country all summer, and will be making stops in Glastonbury, France, and New York – all while Kim is in Los Angeles coping with morning sickness that she revealed makes it difficult for her to even get out of bed.

Kanye West has desperately wanted a son – it’s no secret, he and Kim have both said those exact words in interviews. Kim and Kanye’s marriage has been on the rocks for months, however Kanye stuck it out because he was determined to make sure she got pregnant with a baby boy. Now that the IVF treatments were successful and Kim is 100% pregnant, there really is no need for him to be in Los Angeles and playing the husband of the year. Kanye got what he wanted out of their marriage and now he is free to do as he pleases again.

An insider dished to Radar Online, “Kim’s obligated to stick around LA for work reasons, while Kanye has tons to take care of overseas — she’s putting on a brave face, but she knows the separation is going to be tough.” On the bright side, at least Kim will get to be pregnant in peace, and Kanye won’t be dragging her around town in six inch heels and wrapping her baby bump in latex dresses.

Do you think that Kanye West is abandoning pregnant Kim Kardashian because he got what he wanted and no longer is obligated to stick around? Let us know what you think in the comments below!