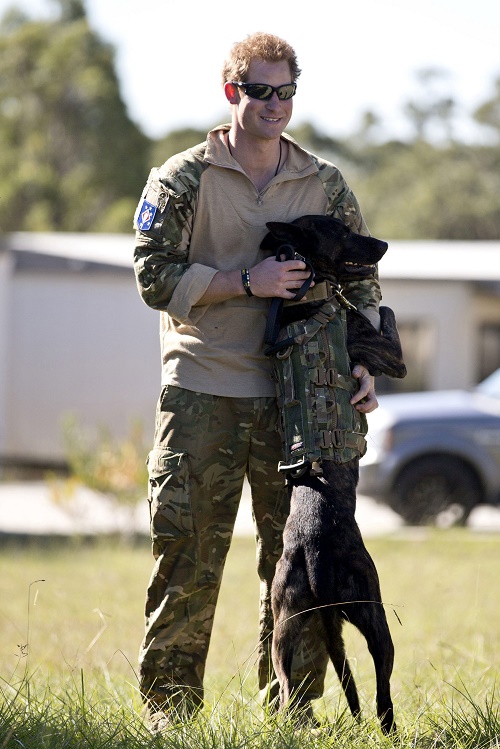 When will Prince George and Princess Charlotte have a royal cousin? According to Prince Harry, if he has it his way, it will be sooner rather than later. Prince Harry recently sat down with Sky News while touring New Zealand on Monday, May 11.

In an interview with the media outlet, he was asked about his family life and children and Harry responded by saying, “There come times when you think now is the time to settle down, or now is not, whatever way it is, but I don’t think you can force these things. It will happen when it’s going to happen. Of course, I would love to have kids right now, but there’s a process that one has to go through.”

Prince Harry certainly has babies on his mind with his brother and sister-in-law, Prince William and Kate Middleton, welcoming their second baby into the world, Princess Charlotte. Prince Harry says that he was sent two photos of the newest addition to the royal family, and that he received “one before everybody else, which was nice, and then another, one with her back with George back home.”

He goes onto say that he is “looking forward to seeing her, to meeting her, and to holding her,” when he gets back home after his tour in Australia. Prince Harry returned home last month hoping to meet Princess Charlotte, but unfortunately the Duchess of Cambridge, Kate Middleton, was a week overdue, and he was unable to meet his niece. “She was a little bit late, hence I missed her. So she’ll have to work on that! But apart from that, it’s fantastic news for both of them, so I’m thrilled.”

Prince Harry also spoke of his personal life. He said, “Hopefully I’m doing all right by myself. It would be great to have someone else next to me to share the pressure. But, you know, time will come and whatever happens, happens.”

It certainly sounds like Prince Harry is thinking about settling down soon. We can only imagine that seeing his family welcome another child into the world has only strengthened his desire to start a family.

Do you think Prince George and Princess Charlotte will have a new baby cousin soon? Let us know in the comments below.