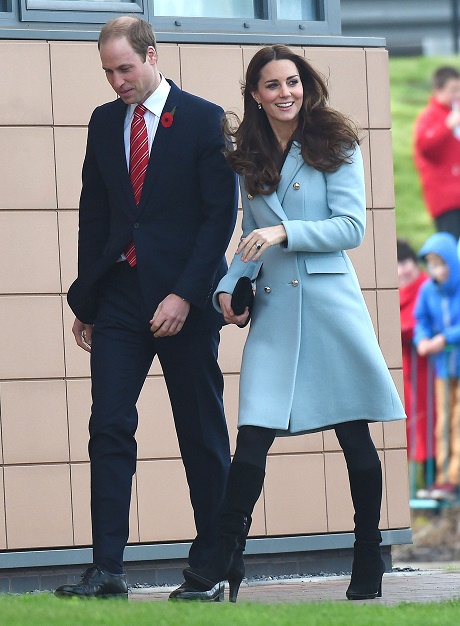 Royal baby fever has hit again with the world anxiously awaiting the birth of Kate Middleton and Prince William’s second child. Kensington Palace is making preparations for the delivery of the princess or prince as The Duchess of Cambridge is expected to give birth any day now.

Parking has been restricted and 3 hospitals have been prepared to assist The Duchess in her delivery of her second royal baby. Measures have been taken to try and tame the media circus and prevent issues that became big problems for St. Mary’s Hospital and security during the birth of Prince George.

Kate and William have also opted to have Anmer Hall readied to welcome the royal couple after The Duchess gives birth. After Prince George was born, The Duke and Duchess rested at Kensington Palace before going to their 10—bedroom mansion for some more privacy. Princess Kate and Prince William refurbished The Queen’s wedding gift, making sure it was completely baby-proofed according to British media outlet, The Independent.

The “Spare to the Heir” mania has also begun. Prince George will be “groomed” as future king, taking the role of his father, Prince William, Forbes explained. The second child of William and Kate will have more of an “understudy” role; a backup in case something should happen to the heir.

Prince William and Prince Harry underwent the same scrutiny and seemingly take their positions in stride. William has kept his nose clean and stayed out of media headlines, while his brother, “The Spare,” enjoyed more freedom like naked romps in Vegas and unfortunate choices in Halloween costumes.

Perhaps Kate Middleton’s hope for a son during her first pregnancy was influenced by the stress of being an heir. Giving birth to a boy would mean that under King George V’s rules set in 1917, the first born male would get the title of Prince, while any girls born would be dubbed Lady. However, Queen Elizabeth had the archaic rules amended in 2012 when she issued a Letters Patent under the Great Seal of the Realm, which means all of Kate and William’s children will have the title of Prince or Princess of Cambridge regardless of gender or birth order. The change also means Prince Harry will now be fifth in like to the throne.

Prince Harry has been vocal about his relief after Prince George was born, citing “the pressure” was off now that an heir has been produced. Harry has never seemed enthralled with the idea of being King, but seems like he’d become King for the sake of his family and country. The Mirror even reported that Prince Harry has preferred his freedom since he was just a boy, allegedly telling Prince William, “You’ll be King, I won’t; so I can do what I want!”

Will Prince William and Kate Middleton’s kids adopt the same understanding and acceptance? Is Princess Kate nervous about having the “spare to the heir” label on her second child? Let us know what you think in the comment section below.