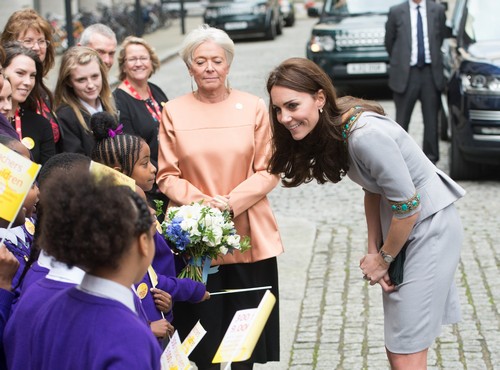 Kate Middleton and Carole Middleton are already planning another commoner, middleclass Christmas, and Queen Elizabeth is furious the Duke and Duchess of Cambridge are set to snub the royal celebrations again!

Last year, Kate, Prince William, and the entire Middleton family – Carole Middleton, Michael Middleton, James and Pippa Middleton – all spent the bulk of Christmas at Anmer Hall. It appears this year will be no different.

In 2014, the holiday celebration did involve royal duties including attending the church service with Queen Elizabeth. But, after church, Anmer Hall became the focus of the celebration. The Duke and Duchess broke royal tradition by leaving to dine with the Middleton family. Obviously, this did not please the Queen.

Typically, the royals would join Queen Elizabeth at her home for a turkey dinner. Instead, the festive celebration continued at Anmer Hall with the Middletons. More royal protocol was broken as Kate’s family was also very prominent in other royal Christmas activities; James Middleton took William’s place in a Christmas Eve soccer match.

The Middletons also joined in on private royal pheasant hunt at Sandringham Estate, with the exception of Kate who was pregnant at the time.

This 2015 Christmas season will be no different for the royals according to reports. Carole Middleton’s influence may have been cut off, but the family is not completely out of the game. Kate has begun fighting back and making sure she lets the Queen know she is not afraid of the discord. The Duchess has been making quiet moves to show her security and power.

Carole has also revealed big plans for Christmas this year. The fearless social climber wrote about her must-haves for this holiday in Homemaker magazine. As usual, her humble, middleclass touch will be present as she picked Paper-and-String Sew Your Own Christmas Garland crafts for Prince George.

Carole Middleton also plans to get her grandson helping out in the kitchen by helping bake some cupcakes with a Very Merry Cupcake Set, according to People.

You can bet the Queen is once again irate that Kate and the Middletons will be taking over Christmas. While the celebrations will undoubtedly be lavish, Queen Elizabeth isn’t happy Carole Middleton will be continuing her commoner influence over Prince George and now, Princess Charlotte.

Will Queen Elizabeth stand for another middleclass, commoner Christmas planned by Kate Middleton with the help of Carole Middleton? Will Kate and William snub the royals again for another holiday at Anmer Hall, focused on the Middleton family? Let us know your thoughts in the comment section below and don’t forget to check back for more royal news, gossip, and updates.