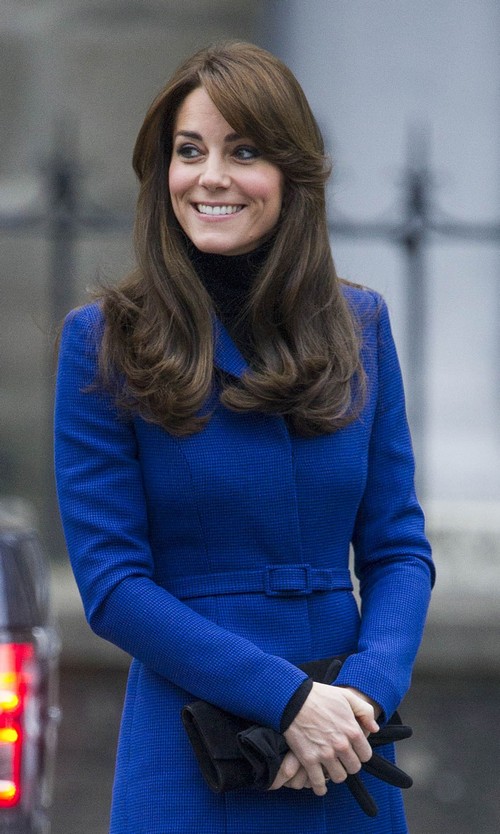 Kate Middleton watch out – you’ve got competition from Caitlyn Jenner and Kim Kardashian when it comes to style! Cait stepped out on October 21 wearing a dress that looked very similar to the blue Issa London dress the other Kate wore in 2010 when her engagement to Prince William was announced.

This isn’t the first time Caitlyn has stepped out in a dress inspired by the Duchess of Cambridge. The cream-colored white dress she chose to wear when accepting the Arthur Ashe Courage Award at the 2015 ESPY Award ceremony looked a lot like one Kate Middleton wore in 2012.

The Daily Mail published a few more photos of Caitlyn Jenner wearing fashionable dresses similar to the Duchess of Cambridge’s. One was an animal print dress Cait debuted in June 2015 – and the other Kate wore something similar just months before in March.

Is Caitlyn emulating Kate Middleton’s style in hopes of attracting her attention? Stepdaughter Kim Kardashian has been dying to become BFFs with Duchess Kate in hopes that little North West and her little bundle of boy joy can have playdates with Prince George and Princess Charlotte.

Let’s remember, Kim Kardashian did tell Cait she’s got look her absolute best every single time she steps out in public. That one single time the paparazzi snaps a photo of Caitlyn looking less than spectacular that will be the one published for the rest of Caitlyn’s life – that was Kim’s warning.

The Duchess of Cambridge has been a style icon since the moment her engagement to Prince William was announced. The world waited with baited breath to see what her wedding dress would look like – and she received high praise for her Grace Kelly-inspired gown. You really can’t miss if you imitate the Duchess Kate’s style.

It seems Jenner learned that lesson very quickly. Just looking at photos of outfits she has worn since debuting as Caitlyn tends to make one think it’s possible that Kim Kardashian is choosing her wardrobe. And in doing so she’s pushing Kate Middleton’s impeccable style on Jenner. Guess Kim really meant it when she all but demanded that Cait never, ever, EVER looking anything less than amazing when she steps out – even if it’s just a quick run to the grocery store.

Now that “I Am Cait” has been renewed for a second season it will be interesting to see what other of Duchess Kate’s outfits Caitlyn Jenner copies. Or the one’s Kim Kardashian makes her copy.