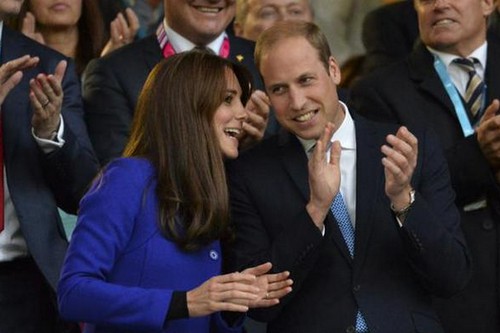 Does Prince Charles fear Kate Middleton might cheat with her bodyguard – is that why the Duchess has a female bodyguard, Emma Probert? Princess Kate is once again under the royal family’s control. Now that Carole Middleton and the Middleton family – including James and Pippa Middleton – have been banished, Queen Elizabeth and Prince Charles are calling the shots in the Duchess of Cambridge’s life. In fact, the future king has been doing some quiet meddling of his own since the day Prince William and Kate Middleton were engaged. Prince Charles, fearing another Princess Diana cheating scandal, has been making stipulations and trying to eliminate opportunities for Kate to have an affair.

Prince Charles is a notorious cheater; infamously having an affair with Camilla Parker-Bowles for years during his marriage to Princess Diana. However, fed up and alone, Diana also turned to the company of other men. One of those men Princess Diana had an affair with was her bodyguard, Barry Mannakee. Barry was “relieved of his duties” in 1986 after the affair was discovered and died a year later in a motorcycle accident that is accompanied by many conspiracy theories.

New rumors suggest Prince Charles insists all of Kate Middleton’s bodyguard must be female. According to a former member of S014, the Scotland Yard, who squealed to Express, “From the start, when Kate became engaged, it was Charles who made the women-only stipulation, saying he didn’t want her compromised in any way.” Kate’s bodyguard from the start of her and Prince William’s engagement has been Emma Probert. The 43-year-old sergeant is said to be close with the Duchess, who finds her relatable thanks to her background as a former flight attendant just like Carole Middleton.

Charles is more cunning than he sometimes gets credit for. Ken Wharfe, Diana’s former bodyguard, also confessed, “I’ve heard that Prince Charles is more involved in who is being appointed. And if he asks for more women he will get more women.” It appears the royal family is just waiting for another cheating scandal to happen.

With all of Prince William and Kate Middleton’s marriage troubles, it’s hardly surprising. Kate is William’s second choice for a wife, and Kate seems to be in love with the position of Duchess of Cambridge instead of William. Kate went to extreme measures to marry Prince William, switching schools and waiting to attend St. Andrews for an entire year, just to be with Wills…before she had even met him. Could Kate be tempted into looking for love the same way Princess Diana did? It certainly seems Prince Charles thinks so.

Prince William is constantly off attending to royal duties, working with East Anglian Air Ambulance, partying at social events, and playing polo. Kate, who is a fan of the homemaker lifestyle, had her mother and family as a constant support system that began a royal revolution that shifted power in favor of the Duchess. After shattering royal protocol, Queen Elizabeth has clearly had enough of the March of the Middletons and banished Carole Middleton along with Michael, James, and Pippa Middleton. Kate Middleton is now alone with the staff who are likely loyal spies to the Queen and her two children – Prince George and Princess Charlotte.

Kate also returned to the public eye after a 4 month maternity leave that left everyone labeling her as Duchess of Do Little and Lazy Katie. However, her reappearance didn’t reveal a well-rested and renewed Duchess of Cambridge. Kate looked exhausted, troubled, and like she was just released from the madhouse. The forced smile and new bangs did little to hide the fact that it appears the royal family is pulling another Diana on Kate Middleton.

What do you think of Kate Middleton’s isolation? Will Carole Middleton and the Middleton family be allowed to return to meddling in the Duchess of Cambridge’s life? Let us know in the comments below.