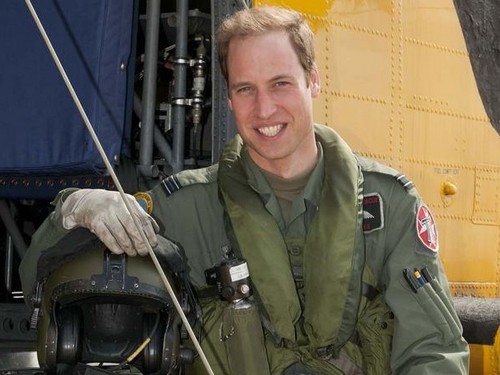 Kate Middleton is angry that Prince William has chosen to begin work as a civilian air ambulance pilot for Bond Air Services mere days before The Duchess of Cambridge is due to give birth to a new baby girl. In fact Kate is so disturbed by her husband’s self-centered behavior that she is considering packing up and moving back home to her mother’s house at Bucklebury after she gives birth! Prince William officially began his employment on Monday, March 30, marking the end of his illustrious military career but allowing to fly helicopters, a favored hobby of the prince. However, it also means that Prince William started working mere days before Kate Middleton is due to give birth. The timing could have been a little different, no?

Yes, Prince William is set to continue with royal duties, and yes, he and his family [including their new baby daughter] will be living in Anmer Hall for the majority of the year. However, you have to assume that Prince William, with all his power and influence, would be able to ask for an extension in his starting date. I mean, Kate Middleton is about to give birth, and she’s been making public appearance after public appearance for weeks on end. The Duchess of Cambridge is exhausted, she’s already had a difficult pregnancy [with all that morning sickness], and she’s bound to want her husband by her side when she gives birth – not working as a civilian air pilot, which might even mean that Prince William’s late for her birth.

Of course, Prince William’s inconsiderate decision might have angered Kate, since we’re now hearing that she might want to take Prince George and her new baby daughter and head to Bucklebury to stay with mom, Carole Middleton. As we know, that’s pretty much Kate’s go-to move whenever she’s mad at Prince William, something that she’s already pulled once in the past. Although Kate Middleton and Prince William eventually made up, it’s become clear that whenever she escapes to Bucklebury and her parents, she’s escaping dealing with problems with her husband – and in this case, her frustration that he’s starting work just weeks before her due date. And in that reality, can we really blame Kate Middleton? She has to deal with enough as the Duchess of Cambridge, and this is just another, added frustration.