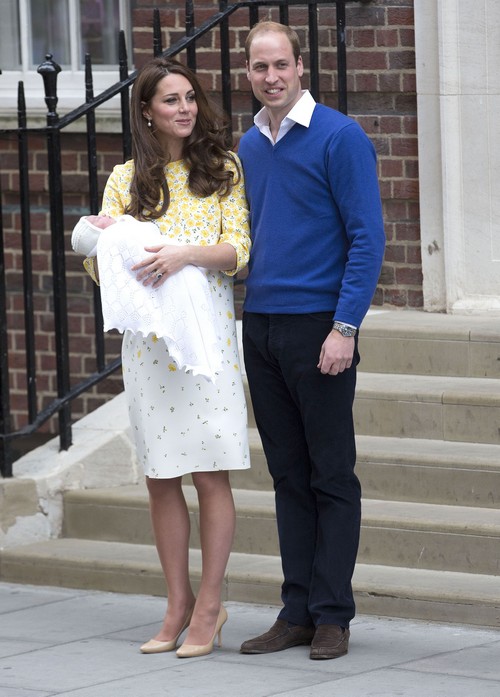 Kate Middleton and Prince William are moving very quickly to get the new royal baby, Princess Charlotte Elizabeth Diana, and Prince George to Anmer Hall. Kate gave birth to her second child on Saturday, but the Duchess appears to be hurrying the royal family to their home in Norfolk to escape for some privacy.

The Duchess of Cambridge delivered Charlotte on Saturday morning at 8:34. Nearly ten hours later, she and Prince William were sharing their newborn baby with the world; standing outside of the Lindo wing of St. Mary’s Hospital. The royal couple, along with Prince George, smiled and waved as the world enjoyed the first look at Princess Charlotte.

Kate and William then retreated to Kensington Palace where The Duchess began her recovery. A team of midwives watched over Kate Middleton and Princess Charlotte. The new baby girl and the Duchess were monitored and cared for, while the Middleton family as well as Prince Charles and Camilla Parker-Bowles met Charlotte Elizabeth Diana at Kensington Palace on Sunday.

Carole and Michael Middleton are reportedly moving into William and Kate’s Sandringham home, too. The Middletons plan on helping Kate and Charlotte for the week. The family will also enjoy the help of Prince George’s full-time nanny and a maternity nurse to ensure the continued health of Princess Charlotte for the next three months.

It looks like the royal couple was in a hurry to enjoy some privacy. Prince William is on an unpaid paternity leave and due to return to his job as helicopter pilot with East Anglian Air Ambulance on June 1. As CDL previously covered, Kate Middleton plans on taking more time off to enjoy her growing family. After giving birth to Prince George, the Duchess made a quick return public engagements. However, royal insiders shared that Kate plans on soaking up more time with her children after her second pregnancy. So, don’t plan on seeing the Duchess Cambridge any time soon.

Anmer Hall will be the perfect retreat for the royal family. New fences and shrubs have been added to the couple’s home to increase privacy. The community also seems to be very supportive and understanding of Kate and William’s strong desire for normalcy. The rural atmosphere is great for raising children outside of the glamour of royal life, and Prince George has been spotted enjoying the playground in the villages on several occasions.

What do you think? Are Kate Middleton and Prince William rushing to enjoy some privacy, or has the second round of pregnancy just made them wiser and more prepared?