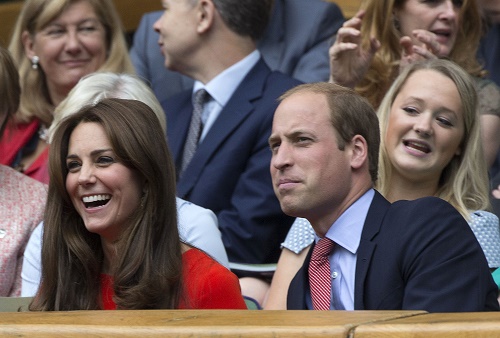 Prince George’s 2nd birthday party festivities have kicked off, and friends and family are visiting Amner Hall for the future King of England’s big day. Prince William and Kate Middleton have been catering to guests all day – but two important people in George’s life were noticeably absent on his birthday. Prince Charles and his wife Camilla Parker-Bowles had “prior engagements” and couldn’t make the toddler’s birthday party, but everyone knows that Camilla was actually banned from the event.

Camilla Parker-Bowles was recently caught up in a huge cheating scandal, and threatened Charles with a $400 Million divorce. The royals are actually strapped for cash at the moment, and can’t afford to pay off the wretched Duchess of Cambridge, and she has been making their lives a living hell because of it. Prince William and Kate Middleton banned Camilla from seeing George and Charlotte, but she showed up at Princess Charlotte’s christening earlier this month and caused a huge scene.

According to a report from GLOBE Magazine, Camilla began pounding gin at the alcohol-free event, and totally ruined Princess Charlotte’s christening. A source revealed that “Camilla couldn’t be contained. In a sudden outburst she accused the royal family of trying to push her out and vowed ‘You will never get rid of me if you don’t pay!’ And that was the end of the party. Everyone started to leave, muttering their thanks for such a lovely day. The truth is Camilla wrecked Charlotte’s christening!”

Obviously, Kate Middleton and Prince William were not giving Camilla the opportunity to ruin Prince George’s birthday, too, and they forbade Prince Charles from bringing his second wife to the event. Instead, Charles and Camilla are busy on a royal tour of the West Country. But everyone knows that they could have planned accordingly and attended Prince George’s birthday party if they were actually allowed to be there.

Do you think that Camilla would have ruined George’s birthday like she did Charlotte’s christening? Did Will and Kate make the right decision banning George’s grandparents? Let us know what you think in the comments below!