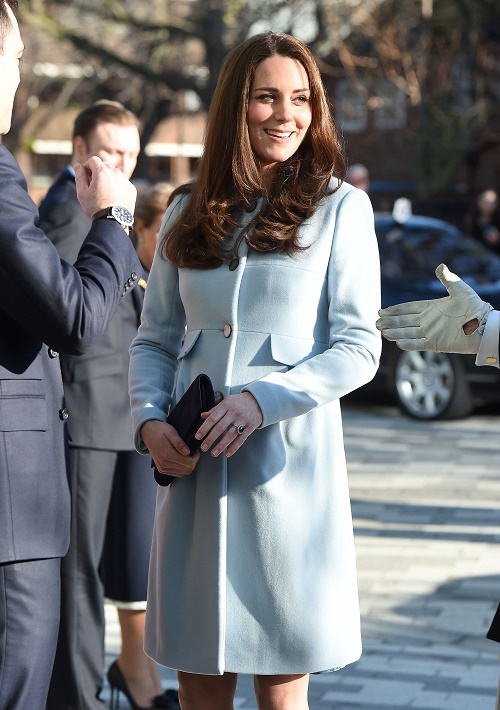 Prince William and Kate Middleton’s future daughter’s name has remained a mystery for months – and a popular topic in the media. A lot of Royal Family followers believed that William and Kate would name the baby Elizabeth after Queen Elizabeth, or Margaret after the Queen’s late sister. The fact that they have done a complete 180-degree turn and have decided to honor Princess Diana when their daughter is born instead of Queen Elizabeth could cause some major drama at the Palace.

A Royal Family insider told OK! Magazine, “The idea for the name actually came from Kate, who had long admired Diana’s graceful demeanor and dedication to charity work. Kate told William that if anyone’s legacy ought to live on, it would be his mother’s. They decided then and there that no matter what anyone said they were sticking to naming their baby girl after her late grandmother.”

According to OK! Magazine, Prince William and Kate Middleton’s daughter’s name might not be the only thing that Queen Elizabeth will disapprove of when the Princess is born. Apparently while they were in Mustique, Kate Middleton and her mother Carole Middleton made plans to move into Kate and Will’s country home and now their main residence, Anmer hall, on Queen Elizabeth’s Sandringham Estate. Kate plans to not have any help raising baby George and Diana – except for her own mother Carole!

So do you think that Kate Middleton and Prince William will really go through with naming their daughter Diana? How will the Queen react if Kate Middleton moves her mother in with her and Will at Anmer Hall on the Sandringham Estate? Too much Middelton? Let us know what you think in the comments below!