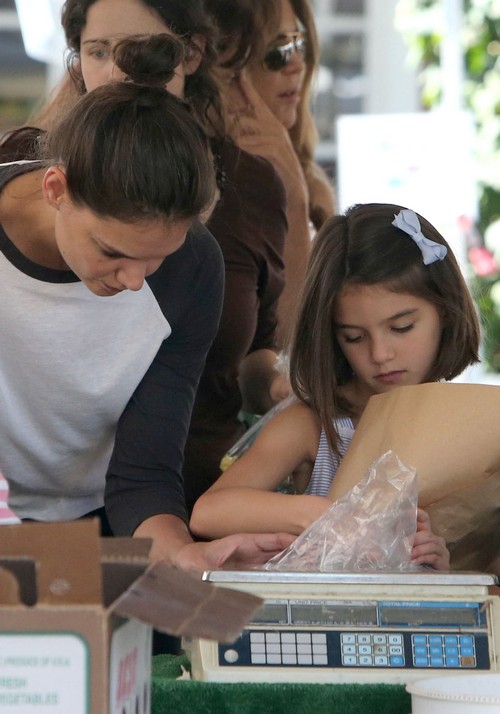 According to the latest cover issue of Life & Style Weekly, Katie Holmes and Tom Cruise are set to have a major court showdown about custody over their daughter, Suri Cruise. Apparently, Katie Holmes is trying to get more custody payments from Tom Cruise, largely because she feels like she’s doing the ‘heavy-lifting’ when it comes to raising and parenting her.

In fact, Life & Style’s sources explain, “Katie is really upset… she feels she’s left to do all the heavy lifting when it comes to parenting Suri.” Apparently, Katie is also extremely angry that Tom has been so absent from Suri’s life, even though he’ll claim that he’s been busy working. There’s reportedly a clause in their divorce that allows Katie to ask for more money if ‘circumstances have significantly changed’ since the document was signed back in 2012. And let’s be real – circumstances have most definitely changed. Tom Cruise might have pretended to be the doting dad for a few months – even a year – after the divorce, but he’s spent so much time working and away from his daughter that the ‘heavy-lifting’ really has fallen on Katie. Yes, Katie’s career is significantly less successful than Tom’s and one can’t say how Katie would behave if that wasn’t the case. But as it stands now, Tom has barely spent any significant amount of time with his daughter, barring the occasional photo-op at Disneyland now and then.

Plus, another source adds, “The timing makes sense for her to ask now. Suri is doing more, and if Tom is choosing to not be around — and that is a choice — he’ll have to pay.” Tommy boy better prepare himself, if Katie Holmes really is getting ready to ask for more money. All the Scientology lawyers in the world won’t be enough to help him, if that divorce clause really does exist. Unfortunately for him, there is proof showing his lack of investment and time in his own daughter, and judges don’t need much more than that.

What do you guys think about the impending court battle for Suri Cruise’s custody/custody payments? Let us know your thoughts in the comments below.