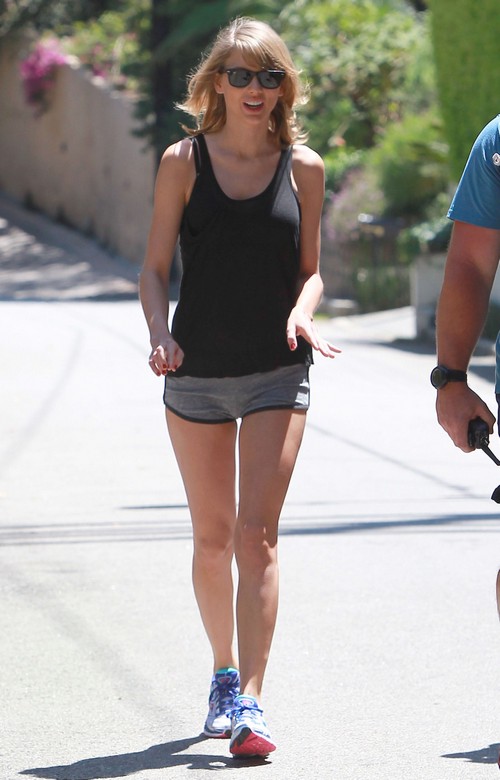 Katy Perry implied directly on Twitter that Taylor Swift is a nasty hypocrite for daring to use the tired “women against women” trope in her attack feud with Nicki Minaj. Taylor Swift 25, can’t seem to get it, one would think but apparently the feud she had on twitter with Nicki Minaj brought out the likes of Katy Perry who we all know is no fan of Taylor Swift! After tweets Nicki posted about the MTV VMA’s regarding her video Anaconda not being nominated, Taylor took it upon herself to assume the post was about her and posted this on twitter “I’ve done nothing but love and support you. It’s unlike you to pit women against each other.”

Well, Katy Perry took to twitter with this “Finding it ironic to parade the pit women against other women argument about as one immeasurable capitalizes on the take down of a woman…” Getting Catty wouldn’t you say? Even though Nicki Minaj clarified that she wasn’t taking a jab at Taylor things died down between the two, but the feud with Katy Perry just got started, again.

Last year, Taylor Swift made an announcement about her song “Bad Blood” was actually about a female artist who stole her tour dancers out from under her. “She basically tried to sabotage an entire arena tour, she tried to hire a bunch of people out from under me,” Taylor said in a Rolling Stone interview. Well wasn’t long before Perry was vocal and tweeted “Watch out for the Regina George in sheep’s clothing.” Taylor hasn’t responded yet would you?

Let’s take a look at the history of Taylor and Perry who became friends in 2008 and continued their friendship on twitter constantly tweeting each other. Then Taylor did her interview with Rolling Stone and shed light on the strained friendship. One of the dancers, Lockhart Brownlie, that Taylor claims Perry attempted to steal told Australia’s Examiner in 2013 that he and three other dancers left Taylor mid-tour to work with Perry, before the feud went public. Brownlie said “He’d worked on Taylor’s Red tour for the first six months. Then, he and two other dancers who’d worked with Perry before heard from her. She wanted them again.” He also said “Obviously, we were with Perry for two and a half years, she’s like family to us, so we were like, absolutely! We weren’t really dancing in Taylor’s tour anyway so I had got a little bored and I really wanted to do a promo tour.” Well, well does that sound like they were stolen from Taylor? Do you think Taylor Swift is an entitled diva drama queen with a ridiculously ballooned ego who is trying to appear more important than she is?