Keeping Up With The Kardashians Recap and Spoilers – ‘On the Road’: Season 10 Episode 5

BY Kristine Francis on April 12, 2015 | Comments: one comment
Related : Keeping Up With The Kardashians, Reality TV, Recap, Television, TV 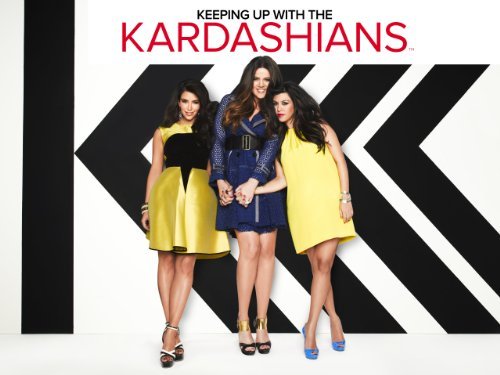 Keeping Up With The Kardashians continues tonight on E! with an all new Sunday, April 12 season 10 episode 5, called “On the Road,” and we have your weekly recap and spoilers below. On tonight’s episode, when Khloé closes the book on her relationship with French Montana, Malika gets caught in the crossfire.

On the last episode, the family intervened to help Rob who was in crisis, but he didn’t want any part of it, leaving Kris at her wit’s end. Meanwhile, Khloé lead a Dash team-building retreat; and Kim learned that getting pregnant again might not be possible. Did you watch last week’s episode? If you missed it, we have a full and detailed recap right here for you.

On tonight’s episode as per the E! synopsis, “when Khloé closes the book on her relationship with French Montana, Malika gets caught in the crossfire; Kris drags Kylie on a mother-daughter bonding trip to San Diego; and Kim speaks at a Silicon Valley tech conference to prove to the haters that her entrepreneurial skills extend beyond the world of beauty and fashion.”

Mama Kris was assured this week that her daughter Kim was going to be just fine. Apparently whatever was blocking her from getting a pregnant a second had been successfully removed in surgery. Now that doesn’t mean she can get pregnant right away but thanks to her doctors she has a better of doing so than before.

So, seeing as Kim had been taken care of, Kris had to turn her attention to the other child that needed her. And though this will surprise you, it wasn’t Robb. Robb, while in seclusion, is actually still working on his sock company so he is doing something with his life instead wasting away in front of the TV or on his phone. His little sister Kylie on the other hand is the one that’s currently giving all the trouble.

You see Kylie is in her difficult stage. Meaning she’s at the point in her life where she feels like she’s adult and so rebels against her mother everytime a new rule is set in a place. However, Kylie is still very much a child and that shows. Often when she wants to express her anger at her mom, she tries giving her the silent treatment. And recently this “treatment” has been going on for the last couple of weeks. So her mom is finally getting frustrated.

It’s one thing for her teenager to rebel and it’s quite another to sit back and watch Kylie spite herself because she that’s angry.

Earlier, Kylie wanted to go to a drag racing thing with her sister Khloe and Scott but at the last minute she chose to go spend time her dad, being mostly attached to her phone, in order to avoid spending time with her mother. So by time Bruce realized what was going on, even he tried to intervene. Though, luckily, Kris had already formed a plan.

She decided to take her youngest on her mother/daughter trip. That way Kylie has to deal with her. But first she had to figure out a location that would entice her 17 year old into wanting to spend time with her.

Meanwhile, other daughter Khloe has also decided to go on a road trip. Fortunately, though, not the same one as her mom and baby sister.

No, Khloe wanted an adult trip so she took her best friend Malika and they were planning on camping, hitting the clubs, and basically sightseeing. However Khloe received an out of the blue invitation to attend some party that French Montana was going to be hosting. So what started out as a fun girls’ trip soon opened some old wounds between friends.

It seems that for a long time now, Malika hasn’t liked Khloe’s ex French. And at first she stayed quiet about her feelings seeing as he was dating her best friend but with that relationship broken up – she thought that would be the last she heard of the rapper. See, according to Malika, exes are exes for a reason. So she doesn’t think French should be allowed to back into Khloe’s life whenever he feels.

And frankly after watching Khloe go down this road before, Malika doesn’t want to have to watch her friend get her heart broken.

Thus Malika ended up doing what she thought was right and she finally made her feelings about Khloe’s ex plain. Or in other words she tried to tell Khloe what to do. And Khloe respectively told her that in this she didn’t want her friend to interfere.

Khloe simply doesn’t like cutting people out of her life so no matter what French may or may not have done – Khloe is fine staying friends. And Malika was going to have to accept that.

As for Kris and Kylie, though, their relationship actually had to hit a rough patch before it could get better. As it turns out Kylie’s teenage tantrum is very much like the one Kris had when she was younger. But it took Kris’s mother to see it before Kris could finally catch on.

So Kris, who had met her future husband Robert Kardashian when she was just 17, realized that forcing her daughter to participate in a mother/daughter sleepover probably wasn’t the best idea. And on her part, it did eventually dawn on Kylie that she was maybe being too hard on a mother that merely wanted to spend time with her. And that for instance, if she didn’t want Kris to only discuss work then she could have said that instead of gone on off to pout.