BY Kristine Francis on May 10, 2015 | Comments: one comment
Related : Keeping Up With The Kardashians, Reality TV, Recap, Television, TV 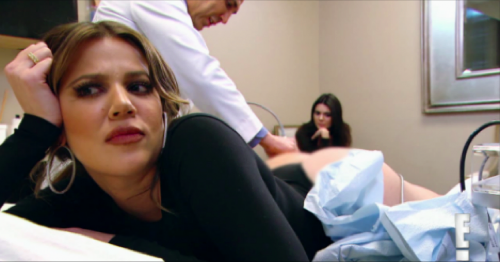 Keeping Up With The Kardashians continues tonight an all new Sunday, May 10 season 10 episode 9, called “Lip Service” and we have your weekly recap below. On tonight’s episode, Kylie realizes she must address her new look after the media starts prying into her beauty secrets.

On the last episode, Khloé enlisted the help of Bruce after the birth of child No. 3 sent Scott spiraling; Kylie’s wish of owning a home came true faster than she ever thought; and Kim got an unexpected treated when Kanye shot a music video with North. Did you watch last week’s episode? If you missed it, we have a full and detailed recap right here for you.

On tonight’s episode per say the E! synopsis “Kylie realizes she must address her new look after the media starts prying into her beauty secrets; Scott hires Kourtney as an interior designer, but soon worries that he made a mistake when the lines between work and pleasure start to get blurred.”

Occasionally, the Kardashians have been accused of being shallow. People tend to look at them and believe it’s all about appearances. How they’re seen and who they’ve been seen with. However, on tonight’s episode of “Keeping Up with the Kardashians” the family is actually voicing some concerns about one of their own and how far Kylie is willing to go with her lip injections.

Apparently they do keep to a strict regimen of looking good but for the most part they say that’s because they know they’ll be photographed. And, admittedly, everyone poses when the cameras on them. Even me and even you! But Kylie’s insecurities with her lips have now made her sisters question how far she’s willing to go.

Back when she was younger, Kylie always used to say that she wanted Kim’s lips. Kim’s were naturally plumped meanwhile Kylie had much thinner lips work with.

So at first she lined her lips. And it was all an illusion that they looked fuller. But then she started getting injections. Like lip fillers that constantly need touching up.

Originally her lips still looked like they were natural when she first began with the lip fillers. Yet that all changed because Kylie continued to be insecure about them even as she got closer to what she wanted. So in actuality she never intended for them to look that glaringly fake. It just sort of happened when she couldn’t control herself.

And one sister, for one, had to step before the situation deteriorated.

People have begun asking her about it. And all over the internet that’s all anyone could talk about. Hence, interviews weren’t all that comfortable for her either.

Kylie didn’t want to tell anyone about her lips. She said people were too quick to judge and so she shied away from telling anyone the truth. And instead began telling everyone about all the lipsticks she uses as if that could possible be a clue to her new fuller lips.

In other words she began to lie by omission.

Yet, the rest of Kylie’s family weren’t afraid of baring everything. And that includes down to their soul. Because once Kim realized how “artistic” her nude photos were – she didn’t merely stop at one photo-shoot.

So when Kim heard that her sister had started to avoid photo-shoots and interviews, she and Khloe talked about what to do. And Kim believed it was best that she talk to Kylie. According to her, she said she didn’t want Kylie’s insecurities to completely take over.

And so Kim started paying closer attention to what Kylie was doing.

To start with, the sisters think Kylie should own up to the fillers. They’ve all admitted to things they’ve done in the past. Though the infamous Kardashian booty is real. And they don’t want Kylie to feel like she should hide. Nor do they want the teenager to feel like she’s alone in this.

However, the big reveal never happened and that’s because no one wanted to come right out and possibly accuse Kylie of plumping their lips. They instead asked leading questions like about her beauty routine and if she’s finding it hard to keep up with all of it. All of which she could easily give a pretty vague answer to.

So the truth, all that was happening behind the scenes, didn’t come out until this episode aired. And the trailers needed some specifications.

And as for the one sister that didn’t get caught up with all of this, Kourtney; she was busy getting into yet another fight with Scott. Apparently those two just know two settings – making babies and arguing.