Kendall Jenner and Amber Rose Feud at Coachella: Kendall and Gigi Hadid Get Amber Thrown Out Of VIP Party 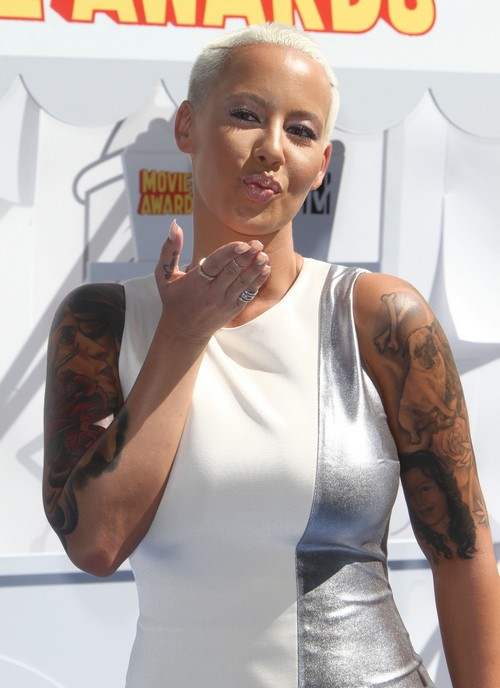 And, the feud between Amber Rose and the Kardashians rages on. Kendall Jenner and her Hollywood Brat Pack, including Gigi Hadid and Justin Bieber, got Amber Rose kicked out of a party at Coachella. Quite ironic after what happened to bratty  Biebs, who was put in a chokehold and thrown out of Coachella himself! After Amber Rose’s epic Twitter feud with Khloe Kardashian over Kylie Jenner’s relationship with Tyga, Rose has been treated like the plague in Hollywood. The Kardashian Klan is so big, she just can’t seem to go anywhere without running into one of the reality TV stars or stepping on their toes somehow.

According to OK! Magazine, Amber Rose “accidentally” sat at a table that was reserved for Kendall Jenner and her friends at the McDonalds and Chevrolet Pool Party at Bootsy Bellow’s Estate. Yeah, we’re not buying that it was an accident either – Amber Rose is a glutton for punishment and just loves pushing the Kardashian Family’s buttons. But, to her dismay – TPTB at Bootsy Bellow’s kicked a mortified Amber Rose to the curb when Kendall Jenner arrived. How embarrassing. “Sorry Amber, but Kendall is way more famous than you – you got to go.”

OK! goes on to reveal that when Kendall arrived and seen Amber sitting at her table she and her friends immediately complained and attendees rushed over to remove Amber from the table. Witnesses told OK! that Amber put a valiant fight and tried to argue that she had already ordered a drink, but she was quickly rushed away, drink and all, so that Kendall could take a seat. And, point for Team Kardashian. It looks like Hollywood just is not big enough for Amber Rose and the Kardashian Klan. Frankly, we’re a little disappointed that Kendall’s much wilder younger sister was not with her – we would have paid good money to see that weave-snatching, fake eyelash tossing, knock down bikini brawl.

Are you Team Kardashian or Team Amber? Do you think that Amber sat in Kendall’s seat intentionally? On a scale of 1-10, how embarrassed was Amber when she was removed so that Kendall could sit down? Let us know what you think in the comments below!