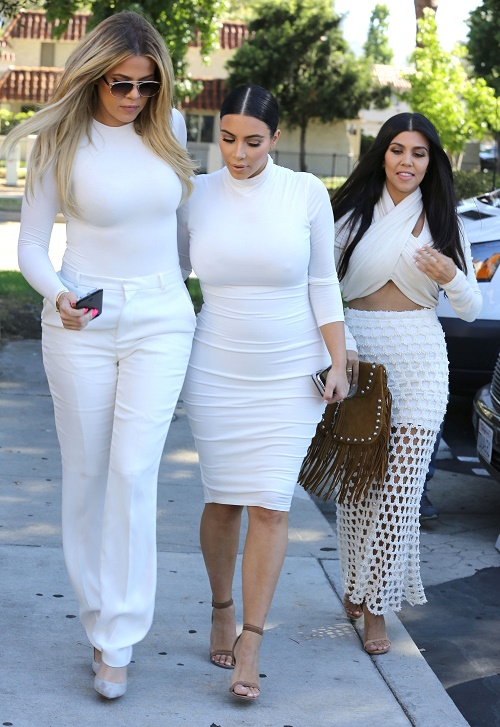 Is Khloe Kardashian the next ABC Bachelorette? The Keeping Up With The Kardashians star might still be married to Lamar Odom, but as far as she is concerned she is single and ready to mingle. And she has been doing a whole lot of mingling – most recently with NBC player James Harden. According to a new report, ABC is trying to recruit her as the Season 12 Bachelorette. And, after the Kaitlyn Bristowe fiasco, anything is possible on the reality TV dating show.

The July 20 edition of OK! Magazine reveals that Khloe Kardashian is currently in talks with ABC, and they are seriously considering casting the KUWTK star as the 2016 Bachelorette. An insider dished to OK! Magazine, “Khloe has definitely warmed up to the idea. Not only is it a chance to see Mr. Right, but she sees it as a great career move. ABC has been throwing out a lot of big numbers, because they think it has ‘surefire hit’ written all over it.” And, according to the source, Khloe could make $10 Million from the deal! We all know the Kardashians have a tough time turning down a paycheck, regardless of how much of their soul they have to sell.

Khloe Kardashian has been dating like a mad woman over the course of the last few years, and according to OK! Magazine, she really wants to settle down and find “the one.” We’re kind of baffled how she is supposed to find “the one” when she is still married to the last “one.” We can all agree that if Khloe does sign on to The Bachelorette, then it will be a total scam and the last thing she has any intention of doing is getting married – she’s just looking for more fame and fortune. Would you watch The Bachelorette if Khloe Kardashian was the leading lady? Let us know what you think in the comments below!