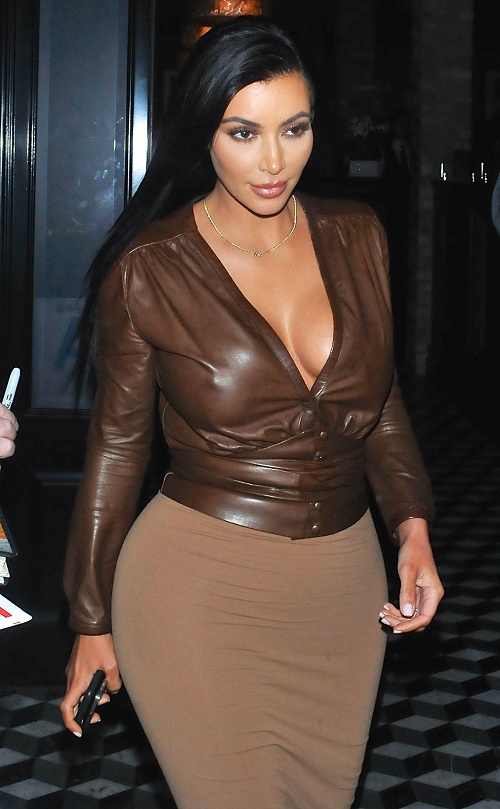 Want to hear Kim Kardashian humble brag about how North West is only 19 months old but already halfway potty trained? Kim Kardashian is often criticized for being a terrible mother, so she takes every opportunity she can to talk about how wonderful North is, how smart North is, and how advanced North is for her age. It’s almost as though she’s reassuring herself that North is special, forgetting that she has very little to do with any of North’s achievements despite being her mother.

Don’t believe me? Kim’s exact words were, “North is so smart. She is halfway potty trained, which is insane for her age. Last night she looked up at the sky and pointed and said, ‘Moon, Mom! Moon!’ I couldn’t believe she knew that.”

Kim couldn’t believe that her own daughter knew what the moon was? Either Kanye West, the nanny, or any of the other people regularly watching North told her, so we’re not that far off when we call Kim an absentee mother. She might not be actively neglectful or uncaring, but not knowing why her daughter knows certain words – especially at this age – points to a serious lack of interest. And sure, Kim is bragging about North being ‘halfway potty trained’ at such a young age, but again, I doubt Kim had anything to do with that.

What do you guys think about Kim’s bragging? Do you believe that Kim had anything to do with North West’s early achievements? Especially since Kim failed to give us any details on how exactly North learned to potty train at such a young age. What, did the magic fairy come and teach her? Or was it the nanny? And if it was the nanny, it’s not like Kim is ever going to admit that, is she?