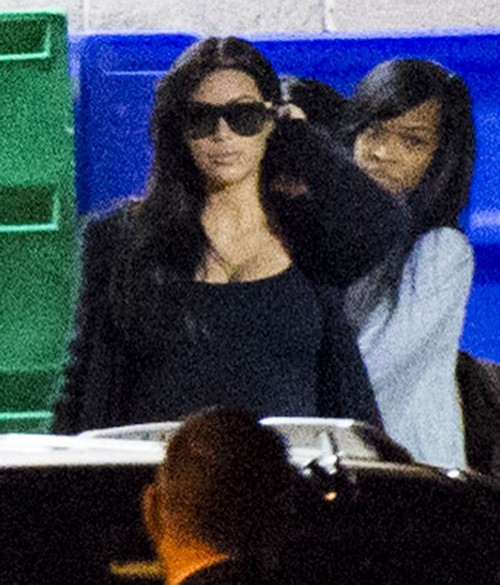 Kim Kardashian and Kanye West divorce rumors have reached an all time high as the reality TV queen nears her December 2015 due date. The stresses of Lamar Odom’s recent overdose and near death have only added to Kim and Kanye’s mounting tensions in their marriage.

Lamar’s recent health crisis has caused a huge rift between Kim and her husband, even though they were already on bad terms to begin with. Kanye is not impressed with the way his wife is handling Lamar’s hospitalization – for multiple reasons.

When news broke that Lamar had been rushed to the hospital, Kim Kardashian dropped everything and travelled to Vegas with Kris Jenner and her sister Khloe Kardashian – even though Kanye had reportedly told Kim it wasn’t worth the risk. We’re all well aware of the fact that Kim Kardashian’s pregnancy is high-risk, she suffers from pre-eclampsia, and will most likely have to go to emergency surgery as soon as the baby is born in December.

Considering she is 7 months pregnant, the stress of hopping a plane to Vegas and being in the midst of such a stressful crisis is not good for Kim, or the baby. It’s no wonder Kanye wanted her to stay home.

Leave it to Kim Kardashian to get jealous of her own unborn child though. An insider close to the couple revealed to CDL that Kim is sick of Kanye “worrying about the baby.” She feels neglected apparently, and is upset that he seems more worried about the baby than her.

The source went on to say that Kim feels like an incubator, not a wife – and has been threatening Kanye with divorce on a regular basis. Apparently, Kim feels like Kanye is just using her for to make him pretty babies, and is scared that he will drop her like a bad habit as soon as his son is born.

We never thought we would say this – but we are going to have to agree with Kanye on this one. We would get that Kim wanted to risk her baby’s health to fly to Vegas to support Khloe and Lamar. But, lets be real – is that really why she went? Or was it just because she wanted to be in the limelight, and the reality TV camera crews were going. We have all seen the footage on E! throughout the years.

Lamar Odom is one of Kim’s least favorite people. She was constantly bashing Khloe for even speaking to her estranged husband. Now, suddenly making sure Lamar is okay is more important to Kim than not going in to premature labor?

What do you guys think? Is Kim Kardashian really that concerned about Lamar Odom? Do you think Kanye West is right – Kim should have stayed home and worried about the health of their baby and not her sister’s estranged husband, whom she has never had anything nice to say about? Do you think Kimye will make it through the year without filing for divorce? Share your thoughts in the comments below!

Kimye at the Vogue fashion show at the Chateau Marmont Hotel in Hollywood on October 20, 2015.