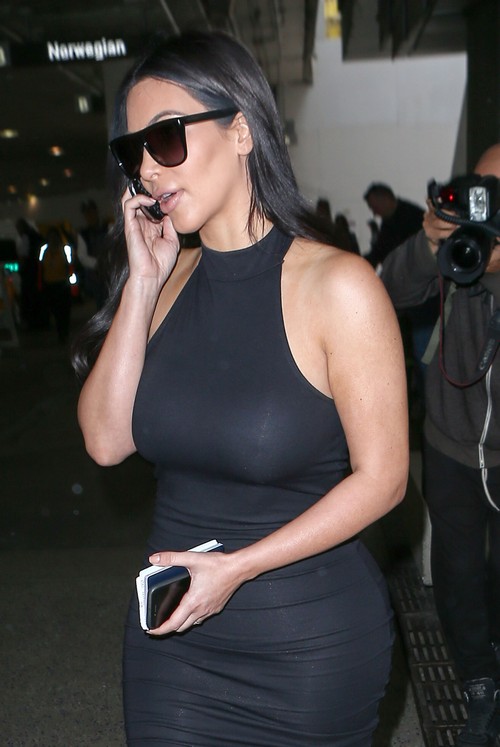 Kim Kardashian’s divorce is back on – but this time it is Kanye West that is pushing to end the marriage, after his disastrous appearance at the 2015 Billboard Music Awards. Kimye’s marriage has been over for months, but the couple opted to keep the showmance alive because they thought their Kimye brand was beneficial to both of their careers. However, after Kanye West was practically heckled off the Billboard Music Awards stage on Sunday May 17, he is seriously reconsidering their arrangement and his publicity team has informed him it is time to sever ties from the Kardashians.

Kim Kardashian’s little sisters Kendall Jenner and Kylie Jenner took the stage at the Billboard Awards to introduce their brother-in-law Kanye. What was meant to be a clever publicity gimmick, turned in to a disaster. Any fans that were actually in the audience that wanted to see Kanye perform, were completely turned off by the fact that the Jenner sisters were introducing him. While Kendall and Kylie pushed through their speech and struggled to read the teleprompter – they were loudly booed by the audience. Then, to add insult to injury when Kanye took the stage, the pyrotechnics were so over the top that the audience could hardly see him through the smoke, and viewers at home couldn’t hear him either because the network bleeped through the majority of his performance since the genius insisted on liberally lacing his song with the N word.

The next day – Kanye West was the laughing stock on the Internet, and he is blaming it all on his “wife” Kim Kardashian. Obviously Kim hard no control over her hubby being bleeped or nearly smoked off the stage. But, Kanye blames her and her family for the fact that he was made a mockery on the internet after the fact, and booed on stage. West reportedly believes that his followers are jumping ship because they hate Kim and her family – and his overall approval rating and popularity is plummeting because of it, being booed on stage and laughed at on the internet is just the icing on the cake.

An insider close to Kanye’s team dished to CDL, “Kanye sees the writing on the wall – he has a head for business, and he knows that if no one can stand him, then no one is going to buy his music or his clothes. Between Kim’s “Selfie” book, Bruce’s transition, Kylie’s affair with Tyga, and the rest of the family’s never ending drama – the Kardashian’s are slowly killing Kanye’s career. His publicity team has told him that they can’t do anything for him until he divorces his wife and severs ties from her family.”

We hate agreeing with Kanye West, but he is definitely not wrong about his wife Kim Kardashian killing his career. But, is a divorce really the answer? Kanye has made an ass of himself more times than we can count over the years – and Kim had nothing to do with it. It might be time to face the facts, even if he weren’t married to Kim Kardashian, Kanye still might be one of the most hated men in Hollywood. What do you think? Is Kanye just using Kim as an excuse for the lack of love he is receiving from fans? Will a divorce really help his popularity improve? Let us know what you think in the comments below!