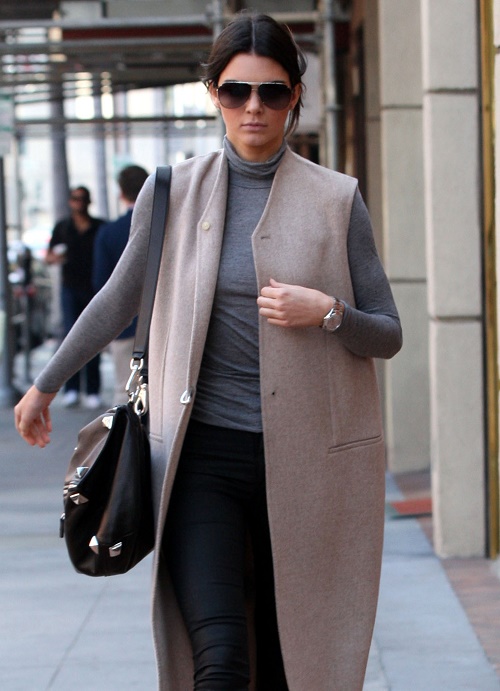 While the upcoming Fifty Shades of Grey movie is predicted to be one of the hottest flicks of the year (for, erm, many reasons), Kim Kardashian had no interest in dragging her lil’ sister, Kendall Jenner, alongside her to a private screening of the movie. Sure, it would probably be a tad awkward to watch a movie of this nature with your little sis, but something tell us not much in the world makes the Jenner/Kardashian clan squeamish – especially when it comes to sex! Then, we have to wonder, what’s the reason for the snub?

Kim tweeted, “Girls night watching a private screening of Fifty Shades of Grey!!!!!! OMG it’s sooooo good!!!!!” Kendall replied to her sister’s tweet with “and no invite!?!” Nope, hun, looks like you were definitely left out of this party!

Though Kendall was quick to ask why she wasn’t invited, the poor Jenner girl received nothing but radio silence after that. Kim didn’t reply to Kendall’s message – so maybe she’ll get the hint that she won’t be attending every Kimmy party in the near future.

So why didn’t the lovely Kendall get to tag along with Kim? Who knows – but it might have something to do with Kendall’s rising star status. You know what happens when you get too much star power in one movie screening room. Kim Kardashian would be the first to say that she’s not threatened by her lil sis’s blossoming modeling career and other endeavors that are beginning to do some heavy lifting for the the Kardashian/Jenner brand – but you know, in the back of her mind, she’s got her eye on Kendall and wondering when the day’s going to come when her star outshines her own.