Kim Kardashian Paying Off Rob Kardashian to Hike, Make Peace in the Family? 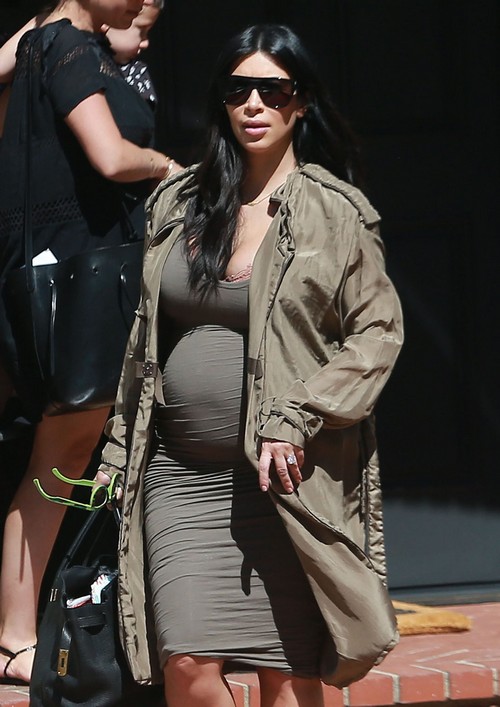 Poor Rob Kardashian – now he’s the fat sister – taking Khloe Kardashian’s place as the least attractive Kardashian in the bunch. He’s been at war with Kim Kardashian, in particular, in a battle over his weight and Rob’s refusal to participate in family activities like vacations and – most importantly – Kim’s nuptials to rapper hubby Kanye West. Rob left the wedding celebration early in a giant sulk. But now, Kim and Rob are making nice, according to US Weekly, but we have to wonder if this is a legitimate peacemaking or if Kim has bought Rob off.

In Kim’s big interview for her July Rolling Stone cover, she was asked about Rob and said he’s lying around all day, being lazy, smoking dope, drinking beer, and playing video games. Rob took offense to Kim’s comments – naturally – and an insider told the tabloid that Rob is “pissed as hell.” But now, a month later, Rob Kardashian is making nice with big sis Kim Kardashian and they’ve apparently been out hiking together. Hmm… Fatty Rob is hiking with preggers Kim – really? Really?

Kim tweeted on August 14th “Just went on the hardest hike ever today with @robkardashian.” So was it hard because the hike was strenuous? Or was it hard because Rob and Kim are at odds and are having to force themselves to spend time together? And we have to wonder if this “hike” even took place or if it was just a tweet to make it look they’re hanging out. We know that Rob Kardashian is relatively broke since all he has going on is his sock line, so maybe Kim paid him to play along.

In contrast, Khloe Kardashian has been much nicer to baby bro Rob Kardashian – it’s her house that he lies around in smoking his weed and playing video games and you don’t see her busting his chops, so why is Kim doing it? It was just a few months ago that Rob compared Kim to the sociopath wife from Gone Girl plus he famously bailed on her wedding. And now they’re supposedly out hiking? Hmm. Looks like Kim Kardashian may have put her money where her mouth is and threw some cash at Rob.

The really bad thing about Rob being so self-conscious about his weight is that he’s missing out on all the Kardashian Kash up for grabs by not appearing on any of the reality shows. He’s the only kid that’s MIA from Keeping up with the Kardashians and I Am Cait. That’s got to hurt his wallet. You know what would be awesome? Ryan Seacrest needs to develop a show just for Rob Kardashian that covers his transformation from couch potato to hot potato – a whole program on his weight loss, etc.

But it’s doubtful that Rob would be up for it – the only time we see the poor guy is in blurry tabloid shots where he’s running from his restaurant to his car. The silver lining in all of this is that Rob has not let the feud with his big sister Kim Kardashian affect his relationship with his niece North West and reportedly dotes on the cute little girl. Rob even recently posted a sweet throwback pic of Kanye West smooching on daughter North so no matter his beef with Kim, it seems he’s cool with Kanye West.

It will be interesting to see if this peace between Rob Kardashian and Kim Kardashian lasts or if this is just a temporary truce before “Selfish” Kim goes on the attack against her brother again.