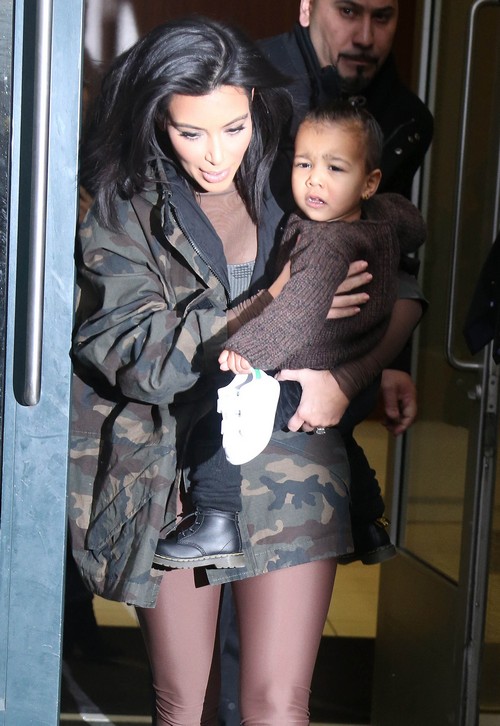 Kim Kardashian is going to divorce Kanye West but before she does she wants to get pregnant again and produce another Kimye baby. Kim Kardashian and Kanye West have been flirting with a divorce for months now. But, if there is anything that Kim and Kanye love more than themselves – it is being in the spotlight and making headlines. Despite the fact that Kim and Kanye are constantly fighting, their marriage has lasted this long because of the simple fact that neither of them want to give up the Kimye showmance they have going for them. Kim Kardashian knows that her marriage is a ticking time bomb, much like Kanye himself, and it will only be a matter of time before it blows up – so she is determined to get another baby out of the rapper before that happens.

It’s no secret that after Kim Kardashian gave birth to Kanye’s daughter North West, Kim wanted desperately to get pregnant with baby number two. She has bragged about trying to get pregnant for months now in interviews and on her family’s reality TV show Keeping Up With The Kardashians. Obviously Kim wants to have another baby with Kanye West – their daughter North is still in diapers and already a media sensation and worth more than all 19 Duggar kids combined. Having a baby that is 50% Kardashian and 50% West is like buying stock in Google, at this rate Kim will ever have to “work” another day of her life.

According to sources close to the Kardashian camp, Kim knows that her days as Mrs. West are limited and she is determined to have another baby by Kanye before they go their separate ways. An insider snitched to CDL, “Everyone knows that Kim and Kanye’s marriage is not going to last, and Kim is doing everything in her power to get pregnant again before the divorce is official. She knows having another baby isn’t going to save their marriage – but she wants North to have a little brother or sister with the same DNA. Not to mention, two Kimye babies means double the media, double the brand ambassador deals, and double the child support.”

Are you surprised that Kim and Kanye have made it this far? Will they announce their divorce in 2015? How far will Kim go to have another Kimye baby – will she hire a surrogate? Let us know what you think in the comments below!