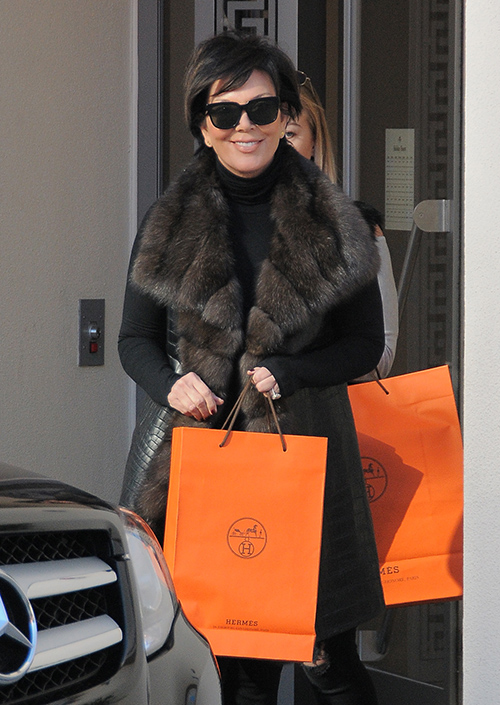 Did Kim Kardashian threatened to fire Kris Jenner? Is Khloe Kardashian furious and won’t speak with the momager? Khloe, Kim and Kris had it out over Lamar Odom on the most recent episode of “Keeping Up with the Kardashians.” This was all filmed before Odom’s overdose at a Nevada brothel – which united the Jenners and Kardashians for a little bit.

But when Kim gave birth to Saint it appeared that Kris and Khloe did not visit Kim and the baby at the same time. Is the off-screen family togetherness fake? Is what fans see on “KUWTK” the reality?

Here’s what happened on the Sunday, December 13 episode of “Keeping up with the Kardashians.” Khloe exploded after finding out that Kris gave Lamar a phone number in order for the former NBA player to contact Koko. It’s okay for Kris to keep in touch with Odom, Khloe is fine with that – but the fact that Jenner gave Lamar a way to contact his estranged wife made Khloe furious.

Koko wasn’t the only one angry about the incident. Kim Kardashian told Kris that Khloe Kardashian’s problems with Lamar are none of Kris’s business. ”The fact that you’re even involved in your kid’s drama and secretly talking to Lamar is insanity,” Kim screamed.

Kris had enough of being verbally abused and stormed out of the room. But Kim and Khloe weren’t done with mom just yet. Kimmy confronted Kris, told the momager she makes the worst decision, and asked Kris why Khloe and Lamar should communicate “after [Khloe] finally had the b**ls to divorce [Lamar]! You sound so stupid!”

Khloe continued the pummeling, reminding Mama Jenner that it was she who took Kris’s side, protected and defended mom after Caitlyn Jenner dissed Kris after the big Vanity Fair reveal. After calling Kris a crazy b****, Khloe declared, “You and I need a major break from each other. I think we need to be separated.” Does that mean Kris and Koko stopped speaking to each other?

Once again Kris stormed out of the room, this time yelling that the Kardashian sisters need to fix their own problems and declared she isn’t going to be involved with Khloe and Lamar’s issues anymore. Kim yelled back that no one wants Kris involved. “We’re asking you to stop being involved!” Kardashian yelled.

Sounds as if Kim Kardashian and Khloe Kardashian are sick of Kris Jenner’s meddling. Is it time for the Kourtney, Kim, and Khloe to cut ties with Jenner? Is there still a rift with Kris? Or did Lamar Odom’s medical crisis and Saint West’s birth bring them back together?