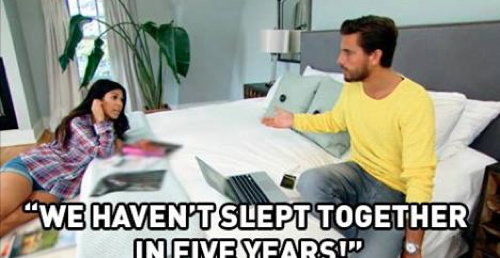 Tonight on E! Kourtney and Khloe Take The Hamptons continues with a whole new Sunday January 4, season 1 episode 10 called, “Best Friends with Benefits.” and we have your weekly recap below. On tonight’s show when Khloé Kardashian enjoys a night of drinking, Kourtney Kardashian accuses her of putting Scott Disick’s sobriety in jeopardy

On last week’s episode, Kourtney tried to convince Scott to keep his late parents’ house, even though he couldn’t bring himself to set foot in it, which she tried to remedy with a makeover. Meanwhile, Khloé’s fraternizing with the Dash Dolls doesn’t go over well with her big sis. Did you watch the last episode? If you missed it, we have a full and detailed recap, right here for you.

On tonight’s episode as per the E! synopsis, “In the season finale, Kourtney accuses Khloé of putting Scott’s sobriety in jeopardy after her younger sis indulges in a night of drinking, during which she finds herself being kissed by her friend Malika. Meanwhile, Scott considers what career path will best support his new lifestyle.”

Tonight’s episode is going to be drama packed, which you won’t want to miss. So be sure to tune in for our live coverage of E!’s Kourtney and Khloe Take Hamptons Season 1 episode 10— tonight at 9PM EST! While you wait for our recap, hit the comments and let us know how excited you are about the new show of KKTTH.

Tonight’s episode of Kourtney and Khloe Take The Hamptons kicks off with Khloe and Scott discussing their new acting gig – they have been asked to guest star on USA’s show Royal Pains since it films in the Hamptons. Khloe is confused though because she has never heard of the show – she thinks that it is the show Growing Pains that was on several years ago.

Kim arrives in the Hamptons to see her sisters, she sits down and chats Kourtney and she fills her in on how great Scott has been doing staying sober. Jonathan arrives and heads upstairs to see Khloe, they gossip about her relationship with French Montana over the summer and she admits that half of the time she doesn’t want to be with him.

Kim, Khloe, and Malika head to a wine tasting for the afternoon with Jonathan and they all begin pounding glasses of wine. Malika keeps bickering with Jonathan, and Khloe is confused by why Malika is acting so crazy. Jonathan and Kim leave and Malika keeps getting drunker, Khloe has never seen her so wasted before. Khloe decides to take her home and has to help her into her house, French calls Khloe and Malika takes the phone and tells him that they are going to make with each other for him. Khloe is freaked out, and screams at Malika to stop grabbing her boobs. She tries to put Malika in bed and Malika grabs her and tarts kissing her. Khloe snaps that Malika is a “lunatic” and runs downstairs.

The next morning Khloe sits down with Kim and fills her in on her night with Malika – she tells her that Malika got tipsy and “tried to make out with her.” Kim is confused and wants to know if Malika has ever stared at her funny, she thinks Malika might be secretly in love with Khloe.

Khloe and Scott head to the set of Royal Pains where they have their own trailer – they sit down and start looking over the script. Scott is a little nervous – but Khloe can’t focus on the show because all that she can think about is Malika trying to hook up with her. As they get styled for the appearance, Khloe gushes that she thinks acting is his new thing.

Kourtney and Kim head to the Hampton’s pop-up store to check in on Durrani and Caroline – since the store was just a pop-up and summer is over they are closing down the shop and sending all of the merchandise to New York and Los Angeles. Afterwards Kim heads out to dinner with Khloe, Jonathan, and Scott. Kim learns that Khloe hasn’t talked to Malika since she kissed her and she has been avoiding her so she calls Malika and forces Khloe to talk to her. Khloe doesn’t know what to say because it is awkward and Malika hangs up on her.

They head back to the house and Khloe keeps pounding drinks until Jonathan says that he has to leave at 2:00 AM. Scott watches Khloe throw back bottles of champagne and doesn’t drink a drop of alcohol. He puts her to bed and helps her take her shoes off. The next morning Kourtney heads downstairs and finds the house is disgusting and there are open bottles of alcohol all over the counter. She heads back downstairs and demands to know what happened the night before. Scott explains that Kim and Kourtney were the ones drinking and he was just keeping an eye on Khloe, Kourtney is furious.

When Khloe comes downstairs, Kourtney freaks out on her and Kim for drinking in the house and leaving alcohol out. They both laugh at Kourtney which only makes her madder. They wind up in a screaming match, Kourtney rants that Scott is trying so hard to be sober and they have no respect for her family. Khloe screams that she has been trying to keep her family together the entire summer and she is done and leaving. She packs her bag and storms out of the house and climbs in her car and leaves – she doesn’t have any flights booked at the airport so she decides to drive to Malika’s house and try to work things out with her.

Khloe sits down with Malika and they talk about the kiss – Malika laughs that it wasn’t that big of a deal and they put it behind them. Afterwards Khloe heads back to the house and talks is out with Kourtney. She apologizes to her sister for over reacting about the alcohol and explains that she just wants Scot to stay sober. She thanks Khloe for staying in the Hamptons for the summer and everything she has done for her and Scott. Afterwards Scott and Khloe head to a pool party where Scott is hosting – she doesn’t really want to go but she is happy to keep him in check and help him stay sober.

For their last night in the Hamptons, Khloe, Scott, Kourtney and the kids head outside to have a campfire and roast some marshmallows. They make a list of all the best times and worst times that they had while they were in the Hamptons.