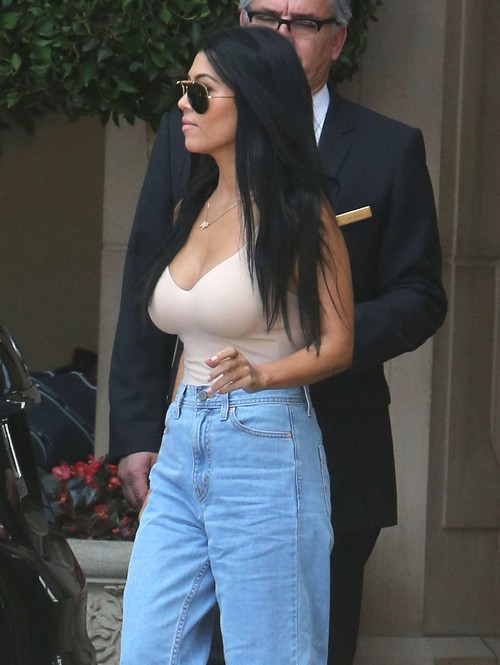 Once again, rumors and photos have been hitting the Internet implying that Kourtney Kardashian recently went under the knife to get great breast implants. Media Take Out originally alleged that Kourtney Kardashian had undergone surgery to enlarge her breasts and said, “Kourtney is trying to move on with her life since breaking up with her baby father Scott Disick. And her first step in her new life was to get breast implants.”

While it does seem fair to say that Kourtney Kardashian’s breasts are larger simply because she has been breastfeeding her son Reign, it would be foolish to completely discredit the theory that Kourtney went under a secret surgery.

Kourtney Kardashian recently split from Scott Disick, and we would not put it past her to get back at Scott the only way a Kardashian can, but making themselves look better to make their ex jealous.

With all of this information, we’ll leave it up to you. What do you think? Did Kourtney Kardashian secretly go under the knife to make Scott Disick jealous, or are Kourtney’s breasts larger simply because of the fact that she has been breast feeding her son Reign? Let us know your thoughts in the comments below.