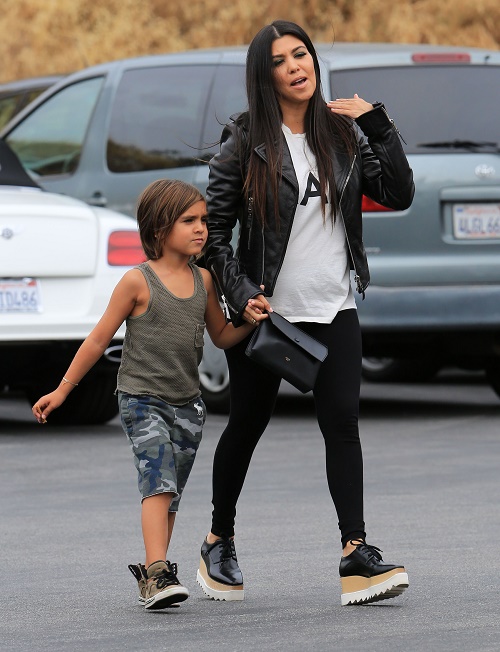 Kourtney Kardashian and Scott Disick have been dating for 9 years and have three children together, but recent reports have surfaced that Scott Disick has been slipping back into his old habits of substance abuse, and even cheating on Kourtney Kardashian with a celebrity stylist. We recently shared that Scott Disick has been getting a little too cozy with celebrity stylist Chloe Bartoli in Monaco. Disick and Bartoli dated before, and now that he was spending more time with her, Kourtney knew that Disick was cheating on her.

TMZ is now reporting that Kourtney Kardashian has finally ended her relationship with Disick and, according to sources, she is fed up with his partying habits. TMZ insists that their sources are “solid,” and have said that Scott Disick has not returned to their family home in over a month! If that is true, Kourtney Kardashian needs to change the locks and focus on her children and herself. At this point in her life, Kourtney Kardashian’s primary focus should be her three children.

A source revealed, “His partying lately has made her make this tough decision.” They go on to reveal that Kourtney believes that Scott Disick is hanging out with the wrong crowd, and that they are encouraging his bad habits.

Sources said that when Scott Disick was in Monaco, he was introducing himself as a single man. We are sure that the is going to get messy, especially if they are filming for the reality show, Keeping Up With the Kardashian’s. We just hope that Kourtney and Scott can worry more about their children than the drama of their reality show.

What do you think? Did Kourtney Kardashian make the right decision by breaking up with Scott Disick? Do you think Kourtney and Scott will get back together? Let us know in the comments below.