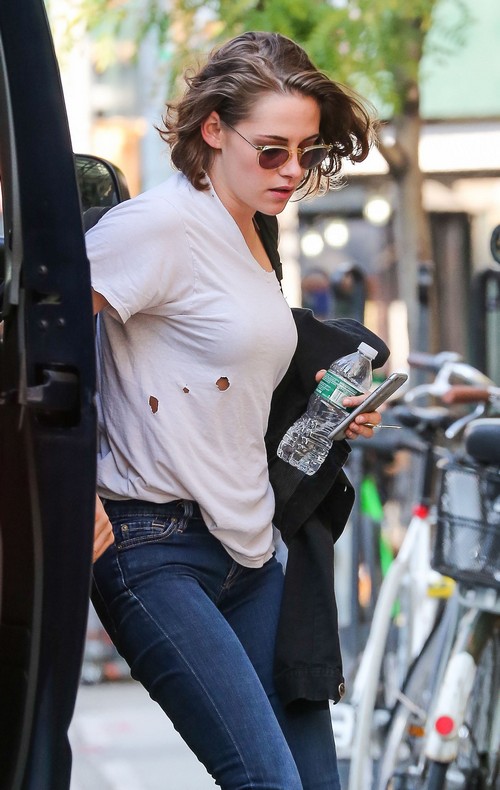 Kristen Stewart and Alicia Cargile break up according to a recent report. It’s no secret that Kristen Stewart and her live-in girlfriend and possible wife Alicia Cargile have been going through a bit of a rough patch. Despite reports this summer that the couple had secretly gotten married in a low-key wedding, it looks like the two women have actually broken up and decided to take a bit of a break.

We all knew it was only a matter of time before mounting tensions erupted between Cargile and Stewart; working together and living together, sleeping together, and spending every breaking second of each day together is a recipe for disaster – regardless of who you are.

Kristen Stewart has actually not been seen out in public with Alicia Cargile since August 1, rumors have been floating around for weeks that the couple was on the verge of a break-up, and it looks like they finally came to fruition.

According to a new report from Radar Online, the couple has officially ended things. Radar’s inside source dished, “Kristen is just so busy right now that she does not have the time to be in a serious relationship. They have a lot of love for each other and they always will. But Alicia does not want to be a part of her jet-setting life anymore. They had to come to an understanding that this could just simply be a case of the right person, but wrong time.”

The report insists that Kristen Stewart and Alicia Cargile’s break-up was completely “amicable and mutual.” Hey, this might be her first friendly break-up yet! Ironically, Kristen Stewart’s ex Robert Pattinson and his fiancée FKA Twigs are reportedly on the verge of a break-up as well. Maybe Twihards’ dreams will come true and there is a reconciliation in their possible futures after all.

Do you believe that Alicia and Kristen’s break-up was as friendly as insiders made it sound – do you believe Radar’s report at all?  Let us know what you think in the comments below!

‘Twilight’ actress Kristen Stewart spotted out and about in New York City, New York on October 8, 2015. Kristen could be seen wearing a shirt with holes in it and a pair of marijuana leaf socks. FameFlynet