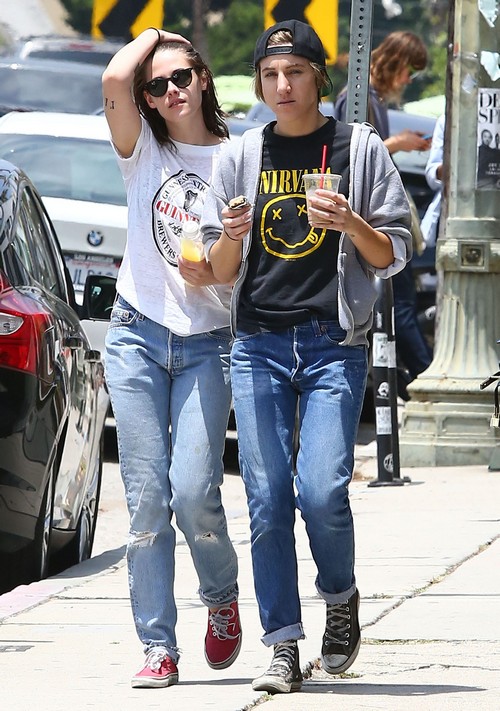 There’s trouble in paradise, Kristen Stewart and her live-in girlfriend Alicia Cargile are on the verge of a break-up, and K-Stew is ready to evict her lover/personal assistant. Everyone was in shock when it was confirmed earlier this year that the Twilight actress was indeed dating her personal assistant, and the couple were living together in Kristen’s LA home. Their relationship was basically doomed from the start, dating your employee is always a remedy for disaster, couple with the fact that they were living together – it was clear their romance had a short shelf-life.

According to In Touch Magazine’s inside sources, Kristen Stewart is feeling claustrophobic and is in desperate need of some space from Alicia. The insider explained, “Things are moving too fast for Kristen, she wants to take a break. Kristen feels that they have made a mistake moving in together so quickly. They are together every second of the day and it is just too much.”

Was this not what skeptics were saying was going to happen the entire time? You can’t date someone, work with them, and live with them. It will be only a matter of time before you are sick of them. Apparently, Kristen Stewart is not taking being smothered by her girlfriend Alicia very well, and her anger is getting the best of her again. The source added, “It is causing K-Stew to lash out, everything is starting to bug her. But, instead of talking about it, she is being passive-aggressive which is causing more problems. They just can’t see eye to eye anymore on anything.”

We all knew Alicia Cargile and Kristen Stewart’s break-up would be coming, we can’t exactly say that we are surprised. Do you think that the two women will be able to work out their differences, or will they be going their separate ways? Let us know what you think in the comments below!