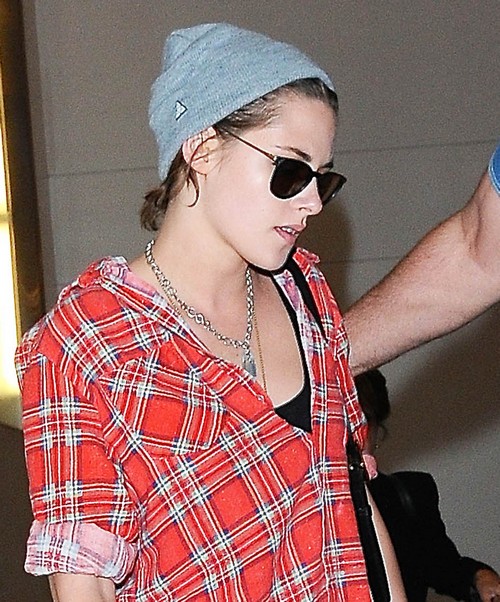 Perhaps, perhaps not. The last we heard, Kristen and Alicia were loved up and dating, and quite happily. However, sources are now saying that Rob getting engaged to FKA has caused Kristen to reconsider her feelings for Alicia, and whether she sees a future there. First of all, all the people calling Kristen lesbian are inaccurate in their labeling, since she is most definitely bisexual – not a lesbian. But what if she’s reconsidering her stance on the whole situation – and especially her relationship with Alicia – after seeing Rob and FKA get engaged after only a few months of dating?

I mean, Kristen and Alicia Cargile have been dating for just as long, if not longer – and yet, there is no engagement in sight for them. Does that make their relationship less legitimate, or are they just more careful?

What do you guys think? Kristen hasn’t been spotted with Alicia in since the engagement of Rob and FKA, so maybe the two had a fight that’s become more serious? Or maybe the rumors of a fight and/or breakup are grossly exaggerated, and Kristen’s just trying her best to stay out of the limelight? She might not have had issues being photographed with Alicia when the whole world kept talking about how single she was, but now that everyone wants to see her reaction to Rob’s engagement, she’s suddenly become shy again. Coincidence? Methinks not. Let us know your thoughts in the comments below.

‘Twilight’ actress Kristen Stewart departing on a flight at LAX airport in Los Angeles, California on April 5, 2015. It was a solo departure for Kristen who was spotted without her girlfriend, Alicia Cargile. FameFlynet