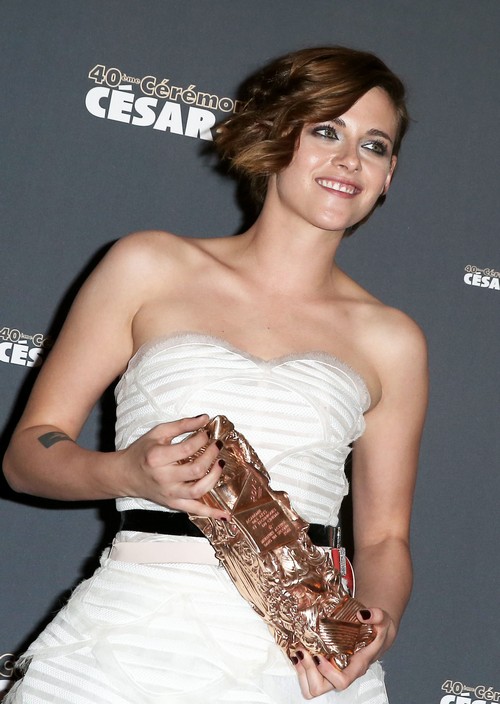 Kristen Stewart will be acting in a Kelly Reichardt movie co-starring Laura Dern and Michelle Williams. For all of Kristen Stewart’s claims about how she was going to take a ‘break’ from acting, that doesn’t seem to have happened. If anything, I have a theory: I think that Kristen was worried about the state of her career a few months ago, and she went and stated in every interview that she was taking a ‘break’ – thus, if she didn’t land any roles, she could just fall back on her ‘painting’ and ‘art’ to see her through. People would assume that her lack of work was a pre-meditated move, and she would be off the hook from the media. However, things didn’t exactly pan out that way, and Kristen has steadily started landing roles at a slow clip once again. Hence, no need for a ‘break’ from acting.

Kristen recently landed a role in a Kelly Reichardt movie, co-starring with Oscar nominee Laura Dern and Oscar winner Michelle Williams. Kristen’s been making some smart career choices lately, working with Oscar nominees and Oscar winners and making sure she takes only supporting roles. She’s probably hoping to end up with an Oscar nomination one day [much like her YA franchise contemporaries, Emma Stone and Jennifer Lawrence], and she knows she can’t headline a movie right now – not after the one-two punch of Twilight and Snow White and the Huntsman. The drama surrounding her personal life is still too crazy for the studios to risk her in a lead role, even in an independent film. But by taking supporting roles, she’ll be able to build up her cache and her career in a slow and methodical manner, and the minute people forget about her past and her dating life, she’ll pounce.

What do you guys think about Kristen Stewart’s career moves? Kelly Reichardt is a strong director [having previously directed Night Moves], and it’s clear that Kristen’s also making an effort to work in female-oriented projects. Let us know your thoughts in the comments below.