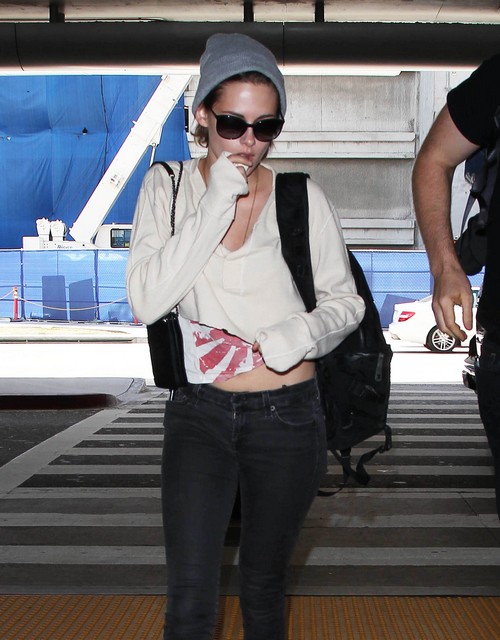 Will Kristen Stewart and Alicia Cargile attend the Met Gala together as a dating couple? Kristen Stewart and Alicia Cargile are still dating, despite Robsten fans’ best attempts to ignore their romance. But unlike Robert Pattinson and FKA Twigs, Kristen and Alicia have managed to remain low-key and keep their relationship mostly out of the tabloids. However, that also means that neither one of them has explicitly stated that they’re actually dating, preferring to keep the famewhoring to Robert Pattinson and FKA Twigs who do enough for 2 couples.

Of course, Kristen Stewarts ‘s refusal to comment – whether to confirm or deny – her relationship with Alicia Cargile has also lead to many delusional fans claiming that they’re not dating, and it’s actually just a show to distract from Kristen’s true love – Robert Pattinson. But even the most delusional fan has to give up on that fantasy at this point, since Rob is engaged to FKA and there’s very, very little chance of them breaking up now.

So the only real question remains – when will Kristen Stewart and Alicia Cargile go ‘public’ with their relationship? Some of our sources are saying that Kristen’s planning to bring Alicia as her date to the MET Gala on Monday, May 4, which she usually attends. The MET always has intense media coverage, and if Kristen does bring Alicia to the event, it will be akin to admitting their relationship for the whole world to see. We know they haven’t been shy about the PDA, but this would mark the first time that Kristen actually brought Alicia as an ‘official’ date to one of her events.

What do you guys think? Will Kristen Stewart bring Alicia Cargile as her official date to the MET Gala, or will she once again refuse to pander to industry and media expectations? Or will she bring Alicia, but refuse to pose on the red carpet with her?

‘Twilight’ actress Kristen Stewart departing on a flight at LAX airport in Los Angeles, California on May 1, 2015. FameFlynet