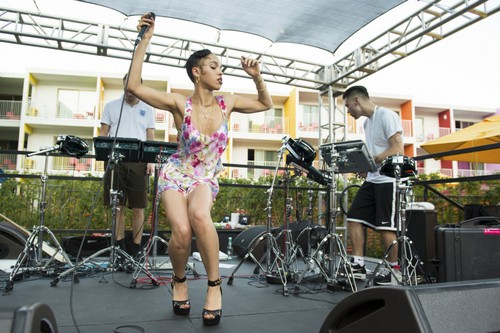 Kristen Stewart and FKA Twigs are not enemies, but they’re never going to be friends, right? It’s been years since Kristen Stewart last ‘dated’ Robert Pattinson, but can one ever truly be friends with an ex-boyfriend’s new girlfriend? It’s not done in the real world, and it’s rarely done in Hollywood. However, there is also a lot that Kristen reportedly doesn’t like about RPatz’s new girlfriend and wants him to break up with the massive famewhore.

In fact, sources have stated that Kristen Stewart and Robert Pattinson have kept in touch on the down low, and Kristen has reportedly given Rob advice on his new girlfriend. Considering that Rob and Kristen managed to date for 3+ years and barely got photographed a handful of times, Kristen knows what she’s talking about. It’s obvious that FKA Twigs is using Rob for PR, and Rob knows that. But at the same time, he either doesn’t care or it’s benefiting him as well – or both.

But alas, even if Kristen knows and understands that, one can’t blame her for wanting Rob to move on and find someone better. I mean, FKA Twigs was a complete unknown when she first started dating Rob – and yes, dating Robert Pattinson will obviously give you some level of exposure that is simply unavoidable. But at the same time, FKA Twig’s famewhoring has just gone above and beyond anything normal, and has started erring on the side of complete ladder climbing. She’s clearly using Rob to help her career, and the hypocritical thing is, she’s not open about it at all. She won’t admit to it, and in fact, goes around saying that she doesn’t want to be famous in interviews. Right, FKA. Sure, we believe you – especially when you and Rob are conveniently photographed wherever you go.

Of course, I’m convinced that Kristen Stewart would have the guts to tell Robert Pattinson to his face to dump his new girlfriend, but hey, Kristen seems busy enough these days with her new girlfriend Alicia Cargile. What do you guys think? Do you agree that FKA Twigs is a famewhore? Fill in our poll below. Let us know your thoughts in the comments below.