Kim Kardashian Freaks as Kylie Jenner & Kendall Jenner Quit Keeping Up With The Kardashians: Want Out Of Strict E! Contracts 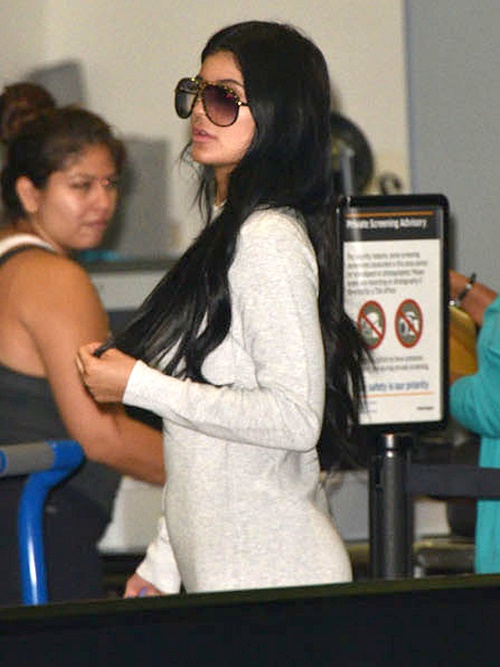 Are Kendall Jenner and Kylie Jenner quitting their family’s E! reality TV show Keeping Up With The Kardashians? Over the course of the last year, Kendall and Kylie have emerged at the head of the Kardashian pack – and seemed to be receiving more attention on social media and in the news than their sisters Kim, Kourtney, and Khloe Kardashian. Word on the internet is that Kendall and Kylie are trying to get out of their E! contracts and put some distance between themselves and the Kardashians – kind of like Caitlyn Jenner.

A war is brewing amongst the Kardashian-Jenner clan. Since Caitlyn Jenner’s transition, she has separated herself from the Kardashians and began starring on her own show “I Am Cait.” Kylie and Kendall plan to follow in Cait’s footsteps, and it is not going over well with their big sister Kim.

An insider dished to CDL, “Kim is furious. She has always been a little jealous of her little sisters’ success and all of the attention that they receive now. When she heard that they are trying to branch off on their own – she freaked out. She screamed at Kylie that she was trying to “Bite the hand that fed her.” And, she reminded both of the that if it wasn’t for her, no one would even know who Kylie and Kendall were.”

Do you agree with Kim? Are Kylie and Kendall Jenner forgetting that her sex tape is what made them famous to begin with? Or is Kim Kardashian being petty, should she be proud of her little sisters’ success? Let us know what you think in the comments below!