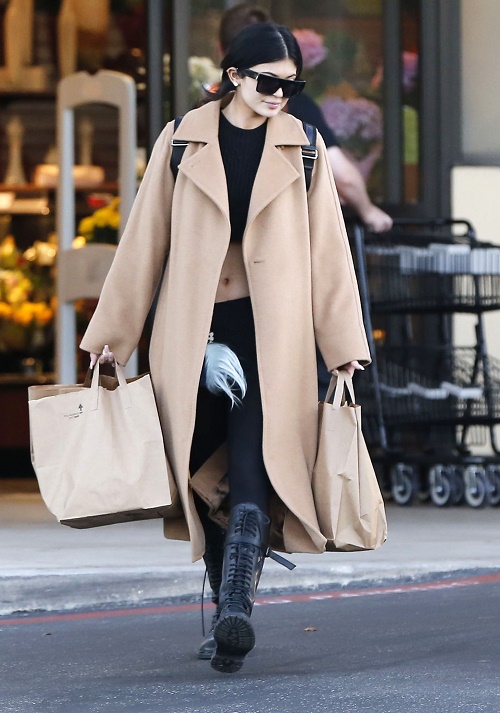 Did Kris Jenner try to have sex with her daughter Kylie’s boyfriend Tyga? The Keeping Up With The Kardashians matriarch has always been extra touchy and feely around her daughters’ men – and has raised a few eyebrows over the years. But, according to new reports, Kris and Kylie Jenner are in a no-holds bar feud over Tyga, because her mama tried to steal her man! Oh, to be a fly on the wall in the Jenner household.

Kris Jenner was basically dubbed the “Worst Mother Of All Time” this week when it was revealed that she lets Kylie and Tyga have hot and steamy sleepover sessions at her house. But it apparently gets worse. Not only does Kris let her 17-year-old daughter’s rapping boyfriend have slumber parties at her casa – she apparently tried to get in on the action. All together now…. “Eww!”

It is no secret that Kris Jenner thinks she is 60 years old and going on 17 – so it kind of makes sense that she would try to steal her own 17-year-old daughter’s boyfriend. According to a source close to Kylie, the youngest star of KUWTK is not on speaking terms with her mother because she won’t stop throwing herself at Tyga!

Kylie’s pal/snitch reports, “Kris crossed a line and Kylie is furious. When Tyga slept at their house, Kris got up in the morning to make them breakfast and was skipping around in nothing but a short silk robe. Kylie was mortified, and totally flipped out when Kris was bending over in front of Tyga and Kylie caught him checking out her mom’s butt. It’s bad enough that Kris tries to steal Kylie’s friends, clothes, and spotlight – but her boyfriend?!”

It’s no wonder 17-year-old Kylie has some serious confidence issues and has turned to plastic surgery to “fix herself,” when there was nothing wrong with her to begin with. Kris Jenner has reached a whole new low. Not only did she let Tyga spend the night with her 17-year-old daughter – but she tried to steal him, too? Do you think that Kris would have sex with Tyga if she got the chance? Would Tyga actually cheat on Kylie with her mom? What do you think about Kylie Jenner & Tyga dating in general? Let us know what you think in the comments below!