Kylie Jenner’s Plastic Surgery Out Of Control: Momager Kris Jenner Trying To Stop KUWTK Teen Before She Ruins Her Body 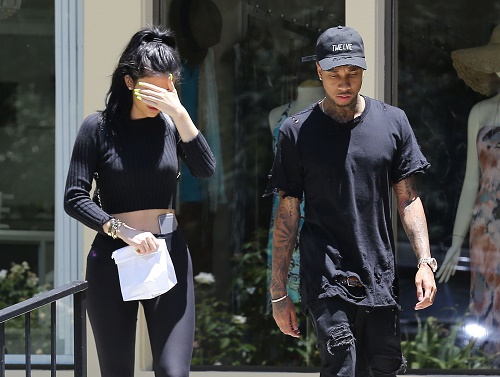 Kylie Jenner’s plastic surgery has gotten out of control! The 17-year-old Keeping Up With The Kardashians star’s ever-changing face has gotten a lot of attention over the course of the last few months. Kylie vehemently denied having any work done, although it was obvious she was lying and after the internet made a complete mockery of her plumped up lips she finally copped to getting “temporary lip fillers.” Ironically, her temporary lip fillers seem to be doubling in size by the month.

Kylie Jenner stepped out on June 19 in Miami, and the 17-year-old reality star was nearly unrecognizable due to her latest round of plastic surgery. Kylie’s trips to the plastic surgeon have reportedly gotten so frequent that even her momager Kris Jenner is worried. And you know it is serious if Kris Jenner is getting involved.

A source dished in the July 13 edition of Life & Style Magazine, “Kris wanted Kylie to feel good about her looks, but now she feels that things have gotten out of hand. Kris supported Kylie at first because Kim, Kourtney, Khloe, and Kendall were hogging the limelight.” Kylie’s plastic surgery binge doesn’t just stop at her face – the teen recently debuted a huge butt and breasts that seemed to magically develop over night.

Getting so much plastic surgery at such a young age is literally destroying Kylie’s body, and it’s no wonder her momager is trying to put a stop to it. Sure, Kylie looks hot right now, aside from her swollen and puffy face. But, in 10 years, Kris isn’t going to be able to do anything with her, or get her any endorsements, because she is going to look like a clown. Do you think it is time for someone to put a stop to Kylie’s plastic surgery? Or is it too little too late, has the damage already been done? Let us know what you think in the comments below!