BY Renier Palland on May 4, 2015 | Comments: 2 comments
Related : Hot Celebs, Hot News, Keeping Up With The Kardashians, Kylie Jenner 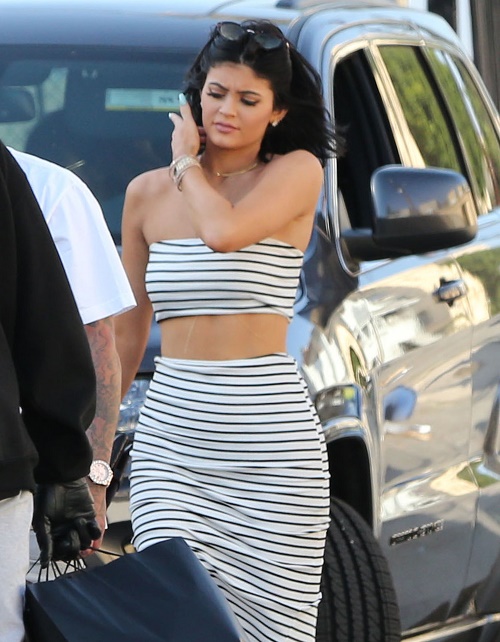 Kylie Jenner will henceforth be known as Kylie™ Jenner. The 17-year-old reality television star filed an application to trademark her first name to “entertainment in the nature of providing information by means of a global computer network in the fields of entertainment, fashion and pop culture.”

The Kardashians are renowned for their eccentric idiosyncrasies, but this is taking it to a whole new level of Michael Jackson-madness. What’s next? An ice rink in Antarctica? Kylie and Kendall’s names written on the Northern Lights? A planet named after them? Kris Jenner’s soul? Why don’t they just go ahead and buy Europe? Visa and MasterCard are accepted everywhere.

It’s not as rare as you might imagine. According to Legal Zoom, “Anyone whose name also identifies a business or profession should consider trademarking their actual name. Even if you do not register your name you can still use a mark you have adopted to identify your goods and/or services. Anytime you claim rights to a mark, you may use the ‘TM’ (trademark) or ‘SM’ (service mark) symbol, regardless of whether you filed an application with the USPTO (US Patent and Trademark Office).”

So, there’s this Australian pop singer with the same first name… Maybe you’ve heard of her? She’s the 12th best selling singer in the United Kingdom to date. Everyone calls her Kylie Minogue. She’s just a multi-platinum, award winning pop singer. Nothing too fancy. Perhaps Kylie Jenner could learn a thing or two from a true celebrity? They can discuss their names over a cup of tea.