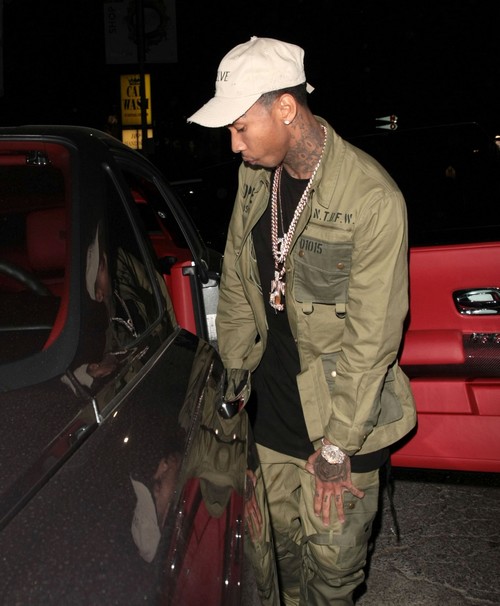 TMZ is reporting, “Sources connected with the couple tell us they split Thursday, just after Kylie returned from Australia. One source say “It’s something Tyga did” but the source would not be specific. Sources connected with Tyga say Kylie’s the one who pulled the plug and it had something to do with “pressure from the Kardashians.” Kendall Jenner was out last night at dinner and we’re told she was upset and had harsh words about Tyga.”

It’s no secret that the Kardashians have been trying to convince Kylie Jenner to cut Tyga loose for months now. Unlike Kylie, they saw Tyga for what he really was, a broke rapper that was milking the 18 year old teen for every drop of her fame and fortune. Kris Jenner and Kim Kardashian have been rumored to have staged multiple “interventions” with Kylie Jenner to try and show her that all Tyga was doing was draining her bank accounts. It looks like Kris Jenner and Kim Kardashian may have FINALLY gotten through to Kylie.

Of course, there are tons of other reasons that Kylie dumped Tyga. Maybe she was tired of him sexting his baby-mama Blac Chyna, or she had enough of him rapping about her vagina to try and sell his music. Regardless, it looks like Tyga is on his own again – how long do you think it will be before he is back at Blac Chyna’s house? Share your thoughts in the comments below!

Tyga celebrates his 26th birthday at The Nice Guy nightclub on November 19, 2015 in West Hollywood, California. Notably missing from the outing was his girlfriend Kylie Jenner. FameFlynet