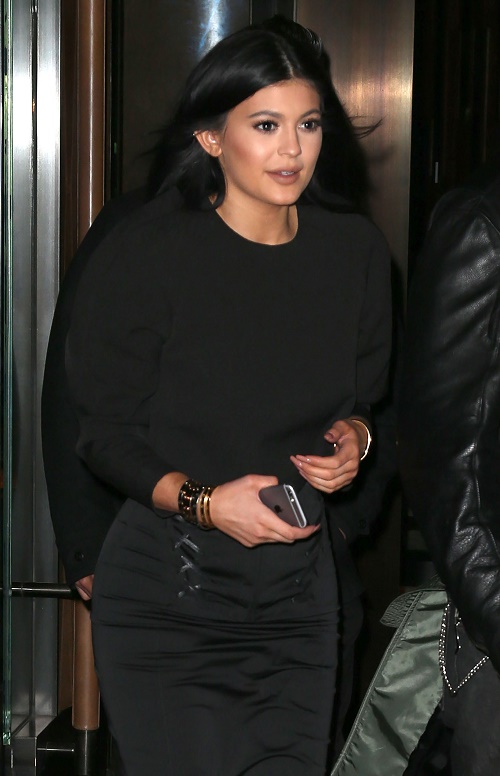 It has been reported that a teacher associated with the school Kylie Jenner attends has issues with Kylie’s relationship with Tyga, as well as Kris Jenner’s parenting skills. This teacher has allegedly called Child Protective Services in an effort to finally put a stop to whatever’s going on between the young Reality TV star and the rapper.

Kylie Jenner, 17, and rapper Tyga, 25, allegedly have the hots for one another. And, from the outside, it looks as if the infamous momager, Kris Jenner, allows this relationship to continue – and perhaps even endorses it for her and her family’s brand. We all know that Kris will go to just about any length to scrounge up some family time in the media, so would it be unrealistic to think that Kris Jenner is actually behind it all and encouraging Kylie to date Tyga, an overage rapper, in an effort to keep her daughter’s shooting fame star in the sky for the longterm?

Recall Kim Kardashian’s sex tape with her former boyfriend Ray J in 2003. Well, Kylie is a teenager, and perhaps an impressionable Hollywood one at that, so what do you think she’ll be willing to do for fame knowing what her sister did to ensure some limelight time? Who knows? Kylie and Tyga have said numerous times that their relationship is based strictly in platonic friendship, but we, and many others, have a hard time believing this without some reservations.

The rumors of this relationship really got going when Amber Rose, who has this ongoing feud with Kim Kardashian, helped spill the beans. Amber, whether she possesses actual knowledge about the relationship or is just speculating like everyone else in the world, said, “[Tyga] should be ashamed of himself” for dating Kylie.

Tyga was quick to respond to Amber’s claims, confirming on Power 105.1’s The Breakfast Club, “I’m not dating Kylie, I just want to get that out the way. I want to be clear to everybody that I didn’t leave my family to be with Kylie. That’s ridiculous.”

What do you think might happen if the Los Angeles Child Protective Services get more involved in this story of an underage Kylie having a sexual relationship with overage Rapper Tyga?

Let us know what your thoughts are regarding this story in the comments section below.