Kylie Jenner, Tyga Get Reality Show: On Track To Do Better Than Keeping Up With The Kardashians, Kris Jenner Furious? 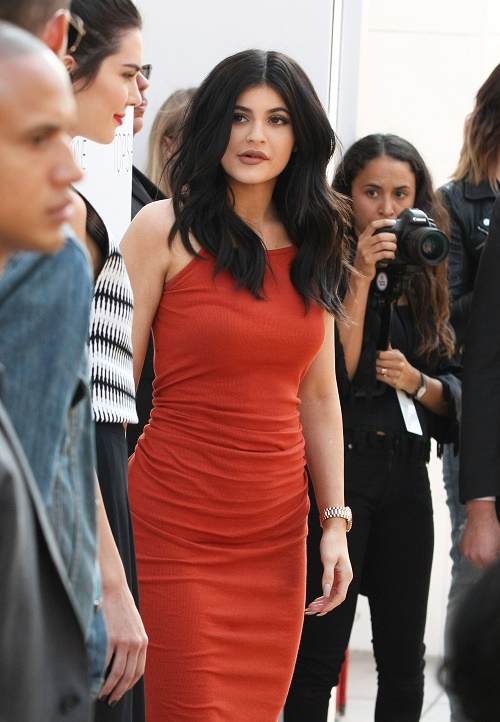 Are Kylie Jenner and Tyga getting their own TV show? According to a new report, Keeping Up With Kylie and Tyga could really be happening, and the youngest Jenner sister and her rapping boyfriend are supposedly in negotiations with E! Network to star in a spin-off of Keeping Up With The Kardashians. Rumors have been floating around for months now that Kylie was quitting her family’s reality TV show and starring in her own show alongside Tyga, and it looks like those rumors are becoming a reality.

If you think about Kylie and Tyga could seriously blow the Kardashian Family out of the water ratings wise, and E! would be a fool to pass up the opportunity to get them on their own show. Since 17-year-old Kylie began dating rapper Tyga, their relationship has been under a microscope, mostly because it is illegal. On top of their own relationship issues, the show could focus on Kylie’s rumored drug problems, perhaps her aspiring music career, or her feud with Tyga’s baby-mama Blac Chyna. And, if by some miracle the young couple runs out of drama, they could always have her mom/dad Caitlyn Jenner stop by to make an appearance and spice things up.

When can you expect to see Kylie and Tyga’s reality TV show? Well, no one from E! is even confirming that the show is in the works – and they most likely won’t until after Kylie’s 18th birthday in August. The network doesn’t want to be held liable for promoting the relationship between a 25 year old and a minor, especially with all of the hot water some of the other networks have been in for their reality TV families as of late.

But there isn’t a doubt in our minds that as soon as Kylie is a legal adult there will be a gaggle of camera crews following her and boyfriend Tyga around. Will you be turning in to Kylie and Tyga’s reality TV show? Do you think that their spin-off will do better than Keeping Up With The Kardashians? Share your thoughts regarding Kylie Jenner/Tyga dating in the comments below!