BY Olivia Marie on November 2, 2015 | Comments: one comment
Related : Uncategorized 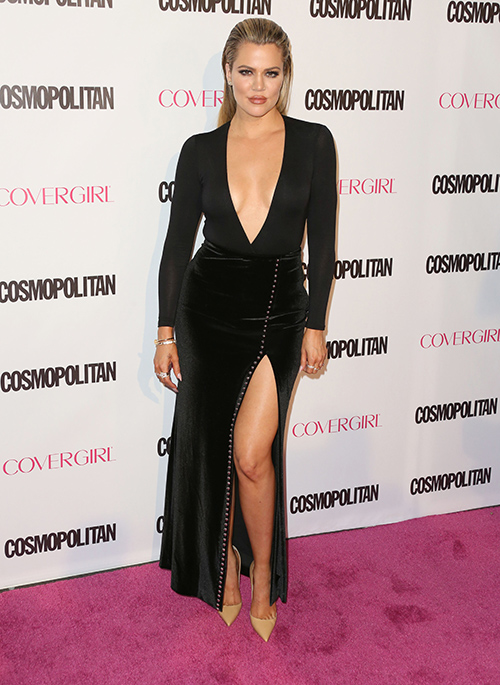 Lamar Odom is demanding powerful drugs for pain management – but doctors are refusing due to the former NBA player’s history of substance abuse. A furious Khloe Kardashian has walked out on him and is in Houston begging James Harden to take her back.

Lamar is off dialysis and has been moved from the ICU to a rehab floor at an undisclosed hospital in Los Angeles. An insider told Radar Online that Odom is reportedly in an unbearable amount of pain and has been demanding that doctors prescribe medications like OxyContin. An insider revealed that Khloe got a harsh wake-up call when Lamar called his drug dealer and asked him to make a hospital room – and this latest development is the final straw. An outraged Khloe refuses to return to the hospital even though Lamar has been begging Khloe to return.

Khloe Kardashian speaks to Odom’s doctors daily by phone – but the divorce is back on. Khloe may have had a moment of weakness and considered reuniting with Odom – but no more. As far as Kardashian is concerned Lamar Odom has broken all the promises he made after coming out of a coma. Lamar will never change will never get clean and sober despite staring death in the face.

Boyfriend James was in contact with Khloe every day since Lamar’s overdose outside a Nevada brothel. Sources say Harden was understanding and gave Kardashian the space she needed in order to make important decisions regarding estranged husband Lamar Odom’s health. But the Houston Rocket star’s patience began to run thin and now Kardashian may need to do a lot of groveling before Harden will take her back. An insider says that James loves Kardashian and is very secure in their relationship and never believed Khloe would choose to stay married to Lamar.

Now that Lamar Odom is on the road to recovery he is able to make his own medical decisions and it is just a matter of time before the divorce wheels are turning again. Odom blew his last chance to woo Khloe back but it’s not going to happen and now the reality television star has to win back James Harden heart. It sounds as if James Harden loves Khloe Kardashian and it won’t be long before the cracks in the relationship are repaired – as long as Khloe doesn’t run to Lamar’s side again – no matter what happens.