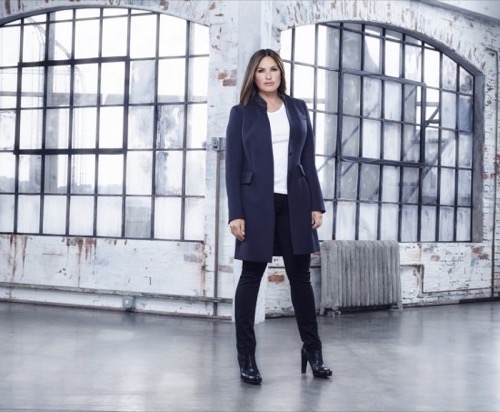 On the last episode, the SVU was called to a familiar crime scene – the beach where serial killer Gregory Yates (guest star Dallas Roberts) buried his many victims. When another body washes ashore, Detective Rollins (Kelli Giddish) tried to coax him into confessing, but the surprising information he provides sent shockwaves through the police department. As the case got to court, Barba (Raul Esparza) faced off against two hotshot defense attorneys in a trial that leads to blackmail, an incriminating confession, a new victim and a fugitive suspect. Also starring Mariska Hargitay (Sergeant Olivia Benson), Ice T (Detective Odafin Tutuola) and Peter Scanavino (Detective Sonny Carisi).  Did you watch the last episode? If you missed it, we have a full and detailed recap right here for you.

On tonight’s episode as per the NCB synopsis “15 year-old Avery Parker (guest star Christopher Dylan) walks home from school through Fort Tryon Park when she’s surrounded by a group of rowdy boys. Taunts and jokes intensify to pushing and shoving, leaving Avery in the hospital and three assailants under arrest. When the DA’s office decides to try one of the culprits, 15 year-old Darius McCrae (guest star Dante Brown), as an adult, the SVU squad agonizes over whether the punishment fits the crime, and must deal with the pain of both families involved. Starring Mariska Hargitay (Sgt. Olivia Benson), Ice T (Det. Odafin Tutuola), Kelli Giddish (Det. Amanda Rollins) and Peter Scanavino (Det. Sonny Carisi).”

Tonight’s season 17 premiere episode looks like it is going to be great and you won’t want to miss it, so be sure to tune in for our live coverage of NBC’s Law & Order: SVU at 9:00 PM EST! While you wait for our recap hit the comments and let us know how excited you are about the new season?

Tonight’s episode of Law & Order SVU kicks off with a teen boy getting up and getting ready for school – Avery puts on women’s clothes and make-up and kisses his parents goodbye and heads to school. After school, he heads to the park – a group of kids start surrounding him and teasing him. A kid named Darius takes his camera and they wind up struggling over it – Darius accidentally pushes him over the bridge and he falls on the pavement below. All of the other kids record it on their cell phones, and then run off.

Rollins and Carissi arrive at the park, the transgender teen is not dead, he is drifting in and out of consciousness. A couple of tourists witnessed the whole thing and called 911. They explain that there were kids teasing him, and they all ran off after he was pushed over. Carissi and Olivia head to the hospital to interview the victim, he cries that the other kids were calling him a “tranny” and a “he-she.” Then he was pushed and he treated over his heels and fell over the bridge. He doesn’t remember anything else, he says that it was “all a blur” of kids pushing him and laughing at him. Olivia reassures his dad that they will get justice.

Olivia heads back to the police station, Rollins and Fin found videos of the assault on line. They track down one of the girls that uploaded the videos online, she refuses to give them any names. Olivia visits the principal of the school and shows him pictures of the kids that were pushing him. The principal calls Keon, Marcus, and Darius out of class to talk to the police. Darius is missing though, he never came back to school. His teacher tells the police he is probably hiding in the library. Fin and Rollins go to the library and track down Darius.

Carissi starts questioning Keon and Marcus, with their parents. They don’t think that the boys should be in trouble, because the victim was a “he-she” and dresses like a girl. Marcus and Keon both rat Darius out and tell the police that he is the one that pushed the kid over the bridge. Darius’s mother arrives at the police station. Darius’s mom thinks that it is all a misunderstanding – she argues that Darius is a good kid and he goes to church. Darius explains to the police that he ran because he thought that he had killed Avery. He never meant to hurt him. Avery comes down to the police station and he picks Keon, Marcus, and Darius out of a line-up. Darius’s mother stops Avery and his parents when they are leaving, she tells Avery that Darius is really sorry. Avery’s parents push him away in the wheel chair and won’t let him talk to Darius’s mother.

All three of the boys head to family court the next day, Keon and Marcus get off with probation. It’s Darius’s turn to go in front of the judge – he explains that he never meant to push Avery, he was just “bugged out.” Darius’s mom is furious when she hears that Darius is going to have to spend 3 months in juvie. She asks Fin and Rollins to please talk to the judge and try to reduce his sentence. Before Darius leaves with his mother, he gives Fin a picture that he drew and asks him to give it to Darius.

Olivia and Carissi visit Avery in the hospital, they give him the letter and the picture from Darius apologizing. He drew a portrait of Avery and asked him to forgive him. Avery is impressed because he likes graphic novels. Olivia and Carissi speak to Avery’s parents in the hallway and explain that Keon and Marcus took a plea deal, but Darius has to go back to court. While they are talking, an alarm goes off and all of the doctors start running in to Avery’s room and shouting “Code Blue.”

The doctors explain to Olivia and Carissi that Avery suffered from an embolism, it was a direct results of his fall over the bridge – he passed away.

Now that Avery’s assault is actually a murder, the district attorney is getting involved. At the precinct the DA informs Olivia that they are charging Darius as an adult for murder, and they are also charging him with a hate crime.

There has a been a slew of hate crimes against transgenders, and they need to take a stand and make an example out of Darius. Rollins and Fin head to Darius’s house and break the news to his mom that her son is going to be charged with manslaughter. While Darius is being arraigned, all of Avery’s friends and family head to the church for his funeral – Carissi and Olivia head to the future to show their support.

After the funeral, Avery’s parents talk to Olivia and Carissi. They don’t think it is right that the DA is charging Darius with murder. Avery’s mother cries that Avery was “all about forgiveness, and this is not what he would have wanted.”

Darius’s case heads to court, Carissi takes the stand and testifies about what happened the day that Avery was pushed off the bridge. Darius’s teacher takes the stand, she reveals that Darius has had a tough time at school – his cousin was just shot and killed, and he was determined not to be another statistic from the projects. She testifies that Darius has a “good heart” and he was just confused because there are no transgender students at his school.

After court Olivia talks to Dr. Lindstrom, he warns her that Avery’s parents aren’t going to like his testimony. After recess, Lindstrom takes the witness stand. He explains that Darius is only 15, and the part of his brain that controls his impulse control is not fully developed. Lindstrom says that Darius wasn’t motivated by hate, he was trying to prove that he was a “man” in front of his peers. The DA argues that Darius called Avery a “tranny” so he obviously is familiar with transgenders. Darius takes the stand and claims that he never met to push Avery off the bridge. While he is being questioned, Darius breaks down in tears and cries that he is “so sorry.”

The DA argues to the judge that they need to take a stand against hate crimes, and he doesn’t want to see another child live Avery die simply for being who they are. Avery’s dad tells the judge that his son would have wanted everyone to forgive Avery. Everyone leaves for a brief recess while the judge makes a decision. They return to the courtroom and the judge announces that she finds Darius guilty of 2nd degree murder and a hate crime, he will go to juvie for 3 years and then when he turns 18 he will be transferred to prison to serve an additional 8 years. Darius’s mother is devastated – Olivia and her team are obviously not happy with the verdict.