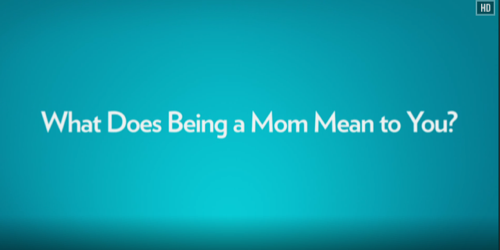 On Lifetime tonight Leah Remini: It’s All Relative airs with an all new Sunday May 10, special called “You Dropped a Mom on Me,” and we have your weekly recap below. On tonight’s episode, a sleepover at Vicki Marshall’s is part of her Mother’s Day celebration that also includes Leah Remini and her sisters reenacting their baby photos.

For those of you who don’t know, millions of sitcom fans know Leah Remini for her portrayal of wisecracking, no-nonsense Carrie on “The King of Queens.” To bring Carrie to life — with an accent to match — Remini drew on her Brooklyn roots and experiences in a hard-working household filled with love, humor and unfiltered conversation. Those qualities are on full display in “Leah Remini: It’s All Relative.” The reality series shows the actress is still a neighborhood girl at heart, but she now lives in Los Angeles, juggling a busy career and zany family that includes husband Angelo, preteen daughter Sophie, mother Vicki, stepfather George, and sister Shannon. They all tackle life’s challenges but embrace celebrations with laughter and honesty.

On tonight’s episode as per the Lifetime synopsis, “a sleepover at Vicki’s is part of her Mother’s Day celebration that also includes Leah and her sisters reenacting their baby photos. Meanwhile, George asks for Angelo’s help with finding Vicki the perfect gift.”

Mother’s Day is just around the corner for Leah and her family. And so this year Leah wants to make the holiday extra special for her own mother.

Growing up, Leah’s mother Vicki was always there for her family. She was a supportive mother but also she was fun. Which in this family could mean anything. Though what’s important is that the girls got their “unique” kind of temperament from her. And to this day, her children clearly adore her.

It’s actually sappy when you hear the girls explain it. Apparently the reason they don’t praise each other all that much is because once they get started – that’s when the tears come in. So for this family, they prefer it when their mother gives them her backhanded and sarcastic comments.

That’s their “I Love Yous”!

And this year, their matriarch had asked for only one thing. Vicki says she wants to have a sleepover with all of her girls. You know like they used to when her daughters were younger. So Vicki’s daughter will give that but their also adding to the gift.

Recently they’ve seen photos of when adult children have recreated images from their past so that have them the idea to do the same for their mom. However dressing up and trying to do a childlike vacant expression/stare is sort of hard. At least for Leah. Her sisters Nicole and Shannon, on the are the other hand, are at best giving it their all.

So while the ladies are doing this for mom, they’ve asked their husbands to put just as much effort into their own gifts.

Generally the husbands in this family simply don’t listen. Their wives tell them what they want for Valentine’s or Mother’s Day and it’s like the information goes in one ear and out the other. Not to name names but there was one time when a husband gave his wife a card with foreign currency inside as a gift. And by the way, that gift did not come with a plane ticket in order for the currency to make any kind of sense.

And if moms were being really honest, what they wanted the most was to be left alone. Leah even said so in her confessional. But her husband and her daughter decided to make breakfast for her and in order to deliver that they had to wake her up. Otherwise known as the complete opposite of allowing her to sleep in.

Furthermore, Angelo later went on an excursion with his father-in-law in which he was attempting to assist George in buying a really good knock-off. Sure, George said he wanted the knock-off to be something special for his wife but funnily that same emotion could be captured by a “real” bag. And more importantly, now that the cameras are recording everything, Vicki can’t even be fooled into believing her bag will in fact be real.

And, as we’re discussing the bag he was looking for, it’s wise to remember that George suffers from a condition known as a short attention span. So when his wife ended up showing him a picture and telling him she wanted a black bag – he still found himself looking at pink and floral options. And sometimes he got distracted by hats.

Thus it was a good thing and an all-around smart move that he took Angelo with him. For it was the younger man’s job to keep George on track. And, thankfully, Angela also ensured that George got the bag at a bargain.

As for what the ladies did all day, they all went out together for lunch. Where, they once again got sappy with each other.

Did you know that Vicki doesn’t have any other family besides her children and grandchildren? The older woman had no siblings and her parents have passed. So her family is literally what she made. And when she expressed that and told said children how grateful she was to have them – Nicole began to cry. And that just set the rest of them off.

But Leah wasn’t in the mood when her husband tried to lie to her once she got home.

After he came back from the shopping trip with George, Leah asked him what the two of them had been up to. And Angelo tried to lie yet he wasn’t very good at it. He started out his sentence having to think about where he and George went because he didn’t want to reveal the truth about the bag. So, having no backup story to fall back on, eventually Leah got the truth from him and she told him/ordered him not to tell her mother. Apparently Vicki will have a fit about her bag being a knock-off.

Although Vicki did get to enjoy one of her presents. What her daughters got for her was very sweet. Albeit, slightly pornographic. It seems Vicki agreed with Shannon’s husband that the picture of her sucking her thumb was a tad too much.

And after a couple of hours, Vicki decided to cancel her sleepover and throw all the girls out because she wanted some alone time. So as a result Leah told her that her bag was fake.

So to the Vicki that’s watching this right now – you have our sympathies!