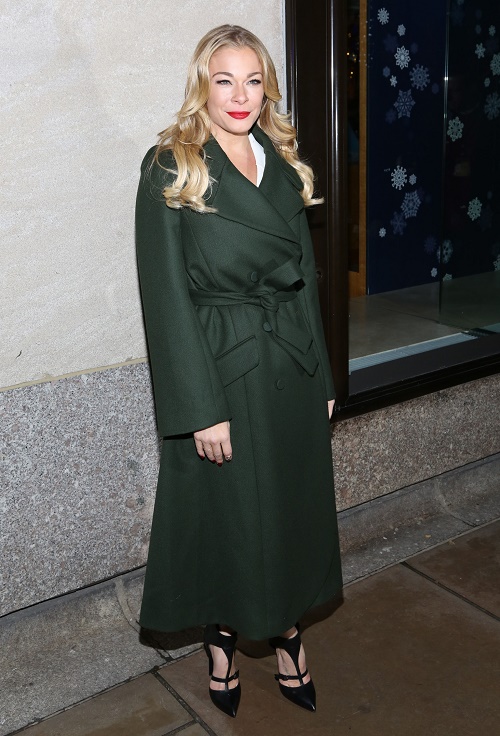 LeAnn Rimes and Eddie Cibrian’s marriage really has been doomed from the start – the odds of you marrying your mistress and not cheating on her after the fact with a new mistress are slim to none. And on top of the fact that they are both infamous cheaters, Eddie has children with ex-wife, Brandi Glanville, which only created more stress on his and LeAnn’s marriage. As more time passes since the couple said, “I Do,” more and more reports seems to surface claiming they are splitting up and divorcing. Apparently, there is some truth to the rumors, because LeAnn is scrambling to save their marriage by getting pregnant and having Eddie’s baby.

According to the January 19th edition of In Touch Magazine, LeAnn Rimes has been receiving IVF treatments in Santa Monica from Dr. Ingrid A. Rodi. A close friend of LeAnn Rimes’s confirmed to In Touch that she is indeed seeking fertility treatments and explained to the magazine, “She hasn’t been able to conceive a baby on her own after trying for over a year. Leann started seeing the fertility doctor after discovering her chances of conceiving a baby naturally are slim due to hormone levels and low egg production. “She feels like this is her only shot of having a child of her own. She really wants a baby.”

In 2014, when LeAnn and Eddie’s new reality TV show debuted on VH1, it became pretty clear then that LeAnn really wanted a baby. She even had herself convinced that she was pregnant and ran out to buy a pregnancy test after hinting to all of her family that she was having a baby, only to find out that wasn’t the case. So, we’re not exactly shocked that LeAnn has taken the IVF route; however, we are shocked that she and Eddie decided to go ahead and try to have a baby despite the fact that he has “emotionally checked out of the marriage” and has been linked to many possible mistresses in 2014.

Do you think that LeAnn and Eddie’s relationship will last – or are they making a mistake trying to get pregnant? Will having a baby save their troubled marriage and stop Eddie Cibrian from cheating? Let us know what you think in the comments below!