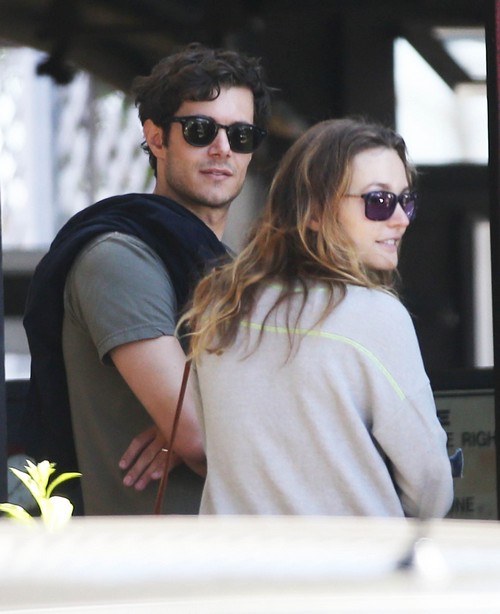 Leighton Meester and Adam Brody are the proud parents of a baby girl! When the Gossip Girl star and The O.C. alum hooked up, it was clearly a match made in teenage soap opera heaven. In 2014, it was revealed that the uber private couple had actually gotten married in a super secret wedding ceremony, and not long after it was confirmed that Leighton Meester as indeed pregnant and rocking an adorable baby bump.

The last time Leighton Meester was spotted out and about was in July 2015, and since then both she and her husband Adam Brody seemingly dropped off everyone’s radar. According to a new report from TMZ, Leighton actually gave birth to a baby girl on August 4 2015, and she and her hubby Adam Brody were trying to keep their new addition out of the limelight. TMZ obtained a copy of the baby girl’s birth certificate, and her legal name is “Arlo Day.”

So far, neither Leighton Meester nor Adam Brody have actually confirmed the baby news on social media, or in any interviews or public statements. It’s obvious the couple wants some privacy and are not interested in having their entire lives play out in the media – or else they wouldn’t have had a secret wedding, or a secret birth. Most of the time celebs head to Hollywood’s most frequented hospital Cedars-Sinai Medical Center to give birth, but Leighton and Adam apparently flew under the radar by bringing baby Arlo Day in to the world after a different location.

Are you as excited as we are to abut the Gossip Girl – The O.C. baby? Do you think Leighton Meester and Adam Brody will officially introduce the world to their baby girl now that the secret is out? Let us know what you think in the comments below!