Leonardo DiCaprio and Rihanna Dating, Hooking Up But Rihanna Too Clingy? 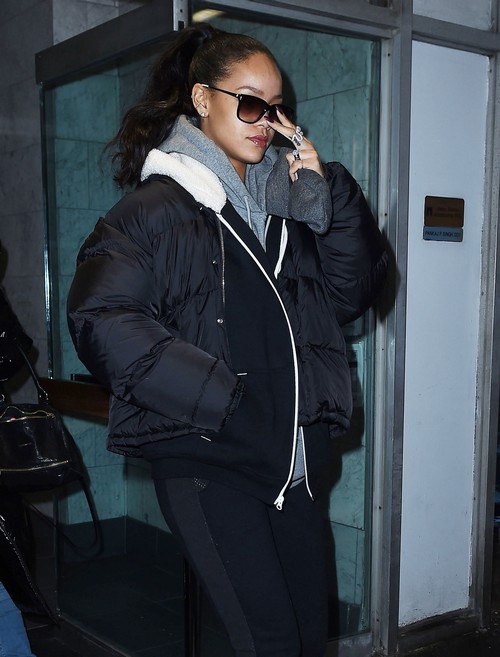 When it was initially rumored that Leonardo DiCaprio and Rihanna were hooking up, most people assumed that it was a one-time thing. Heck, Leo and Rihanna? She’s the very opposite of his type, and the only thing she has in common with the leggy blonde Victoria’s Secret supermodels that Leo usually dates is that they are both gorgeous. However, the rumors stuck and now TMZ has the first picture of Leo and Rihanna together.

In fact, TMZ’s sources confirm that Leonardo DiCaprio and Rihanna are actually hooking up, even though they are far from exclusive. Apparently, Leo even helped organize Rihanna’s birthday party recently, but witnesses from the party claim that Rihanna is extremely clingy when it comes to Leo. Even though they engage in ‘plenty of PDA’, Rihanna apparently followed Leo like a little puppy dog the entire party. The source adds, “Rihanna’s the baddest bitch in the party, but she’s following him everywhere.”

They’ve reportedly been hooking up for almost three months, but again, in a non-exclusive manner. The way the report makes it sound, they’re each other’s first choice for a hookup, but by no means are they tied to each other. In other words, Leo and Rihanna are both continuing to live by their usual standards – hook up with extremely hot people in a non-exclusive manner. Both of them are notorious for hooking up with different people at the same time, and their partying lifestyles make them well suited to each other. But will this become a serious relationship? I doubt it. Right now, it’s sounding as though Rihanna’s already getting clingy, and Leo’s already looking for an exit strategy.

Do you guys agree? Will Leonardo DiCaprio and Rihanna end up dating exclusively, or will their ‘dating’ be resigned to hookups until one of them gets bored? Let us know your thoughts in the comments below.