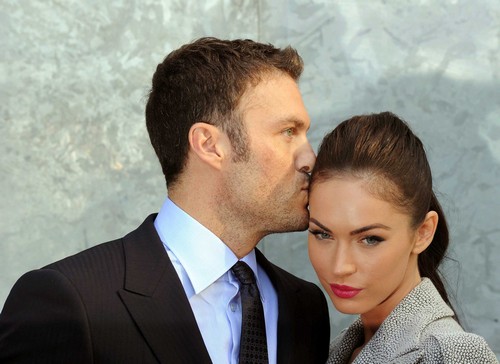 Are Liam Hemsworth and Megan Fox dating? Megan Fox just confirmed over the summer that she and her husband Brian Austin Green were splitting and filing for divorce – but it looks like the actress has already moved on, with Miley Cyrus’s ex-boyfriend! According to a new report, Liam and Megan both work out at the same gym, and as soon as her divorce was official Megan was making plans to go on a date with Liam!

This week’s edition of Star Magazine reveals that there could be a new Hollywood power couple in the works. Apparently, Liam and Megan have been flirting at the gym for months – long before she and Brian’s split. But, as soon as the divorce was official, Liam asked Megan on a date … and she said “yes!” An insider dished to Star Magazine, “Liam’s shy. He tried to play it cool but he couldn’t stop blushing the first time Megan chatted him up. Of course, she was still with Brian Austin Green at the time so nothing came of it.”

The insider went on to say that as soon as Megan Fox was back on the market – Liam made his move and asked her out. “They made plans to get together soon, maybe even break a sweat with a class.” Now, here is where it gets interesting, Megan’s now ex-husband Brian Austin Green also works out at the same gym. Awkward!

So far Megan and Brian have had basically the most amicable divorce in the history of Hollywood, but there is no telling how he will react when he catches Megan canoodling in Zumba with a new man. And, speaking of interesting – just this month Liam Hemsworth finally discussed his relationship with Miley Cyrus, and it kind of sounded like he might still love her. So, Megan could make a new enemy in Miley without even knowing it.

Do you think that Liam Hemsworth and Megan Fox would make a cute couple? Is it a little early for her to be dating already? How will Brian react? Share your thoughts in the comments below!